Whether you’re skiing, cycling, mountaineering, off-roading or simply traveling, the Maps 3D iPhone app is the GPS navigation system for all your outdoor activities. The features are a delight — mountains, valleys and your own route are displayed in 3D from start to finish for a totally new navigation experience!
Head developer Moritz Gaupp, previously responsible for the map displays at Navigon, combined precise NASA scans of the Earth’s elevation profile with the topographical maps of OpenStreetMap (OSM) for the first time to bring you this innovative app. The app displays an outdoor route network that is up to 30 percent more extensive than traditional maps, depending on the country.
Maps 3D utilizes the best data currently available for outdoor use. You will benefit from the app’s unparalleled terrain display, which shows you a realistic mini-model of the surrounding region. This makes the 3D representation very intuitive to grasp compared to the classic 2D displays with contour lines (which Maps 3D can also generate if desired). Skiers will be especially excited that the app shows more than 340 skiing regions around the world with countless slopes and cross-country ski trails.
Maps 3D not only provides orientation but also helps with planning, plotting and segmenting of trips. When you plan your trip at home, first select the region of your choice at one of three zoom levels and download the data to your iPhone. Next, you can download free tracks, trails and routes from trip portals such as EveryTrail or similar websites.
With its clear elevation profile graphics, Maps 3D helps you assess how challenging the route will be and lets you maintain a precise overview during the planning phase and when trekking. Maps 3D displays various natural reference points along the way, such as mountains, lakes, rivers and landmarks to make orientation even easier. Hikers can plan for intermediate stops, so-called waypoints, which can be imported or created from scratch during the preparation stage. A compass, an altimeter that displays the exact height above sea level for every point on the map, and a line showing the most direct path between the current location and destination further help with orientation. Geocachers will appreciate the option of being guided to a fixed set of coordinates. Users can also send recorded tracks to their friends by email.
The man behind the development of Maps 3D is Moritz Gaupp, a former feature product manager at Garmin/Navigon, where he was responsible for the successful navigation system’s map display until 2011.
“We believe that users want solutions for better orientation outside of the car, particularly on their smartphones. This applies especially to all those who enjoy exploring the great outdoors. We want to drive this area forward with our app development centre, moving world,” says Moritz Gaupp, moving world founder and head developer.
Maps 3D – GPS Tracks for Ski, Outdoor, Bike & Hike is available worldwide exclusively through the App Store in the Navigation category.
via PR Mac 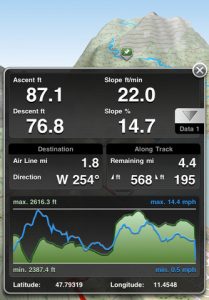 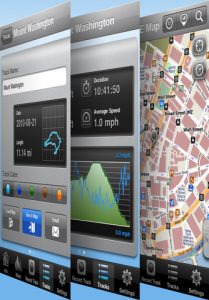