Room 8 Studio, the burgeoning indie development studio, is excited today to finally announce the worldwide launch of Riot Runners, the company’s visionary endless arcade runner romp that has recently won the Best Game In Show Audience Award at the 2013 Indie Prize Ceremony, onto the App Store. Initially unveiled via a soft launch on Germany and Canada’s App Stores in mid 2013, Riot Runners quickly garnered a sizable following – and a fair share of critical acclaim. Already highlighted as the #2 title in both countries’ App Store’s New Arcade and Action Games feature lists, Room 8 has been busy improving Riot Runners even further ahead of today’s launch.
Infused with an atmospheric steampunk aesthetic, Riot Runners pits heroic robots on a running rampage against their evil masters towards freedom. The game blends together side scroller action and the white-knuckle excitement of the endless running games with uniquely evolving in-game elements and oodles of different, diversely designed robots to play with. Best of all, each unique robot hero comes complete with their own unique super-powers! These elements set Riot Runners apart from its competition. Everything from backdrops, to obstacles and enemies evolve. New in-game elements pop up, while obstacles grow different and increasingly more dangerous! Luckily players can customize their robot heroes and enhance their abilities.
There’s more to Riot Runners than dynamic arcade fun. There are wildly fun daily missions to keep everyone engaged too. Dodging saws and gears while keeping out of reach of evil enslaving masters isn’t just a blast with Riot Runner’s, its the best new arcade addiction that’s at your fingertips.
Riot Runners 1.2 is only $0.99 USD (or equivalent amount in other currencies) and available worldwide exclusively through the App Store in the Games category. 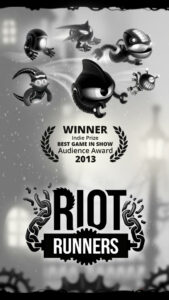 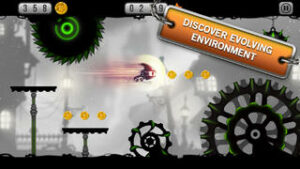 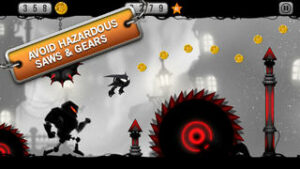 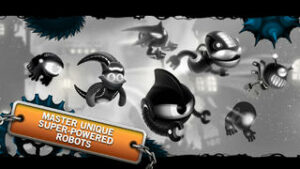 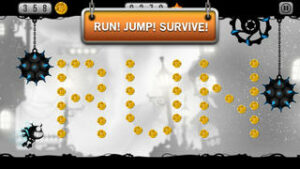