Since the cryptocurrency boom first started, Bitcoin (BTC) has been the unchallenged industry leader. Largely synonymous with digital currencies, Bitcoin’s value has historically been several thousand dollars ahead of its closest competitors. However, this may dominance may be changing soon.

Following yet another recent huge crypto crash that saw Bitcoin prices dramatically dipping 20%, many analysts foresee the start of the token’s fall from grace. And while other cryptocurrencies also saw steep price drops too, Bitcoin’s biggest rival Ethereum (ETH) has been gaining attention for its steady growth, general stability, and optimization. This has led many crypto enthusiasts to wonder if Ethereum could soon become the new crypto king.

Contents hide
1 Understanding Ethereum and “The Flippening”
2 Is An Ethereum Era About To Begin?

Understanding Ethereum and “The Flippening” 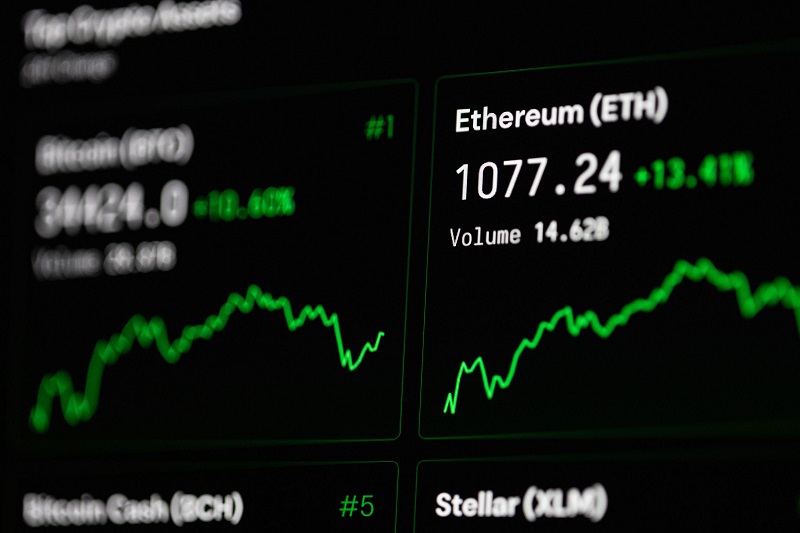 To understand how Ethereum could ever be the industry leader, it’s first important to know its background. First, what those who trade Ethereum must understand is that it is a native asset of the Ethereum network. Currently, the second most valuable crypto by market cap globally, Ethereum was created in 2013 by Russian-Canadian programmer Vitalik Buterin.

Furthermore, Ethereum’s transactional token is called Ether, and this is what powers the network. That said, Ethereum is quite unique from other cryptocurrencies in that its tech uses blockchain innovations to store all data without third parties or monopolies.

As such, it is less likely to be hacked, shut down, or controlled by any ruling entity. Having said that, some countries do offer Ethereum on exchanges that have regulated custodians. This provides an added layer of protection for users since this gives them a safety net in the otherwise risk-heavy crypto world. Today, all of these factors have helped catapult Ethereum’s market cap to $288 billion.

Now, Ethereum’s popularity doesn’t just hinge on its past performance. Presently, Ethereum’s blockchain technology has become versatile and trusted enough that it has widespread applications. For instance, Ethereum has largely made smart contracts possible.

Today, The Conversation states that industries as varied as gaming, the metaverse, and NFTs rely on smart contracts to execute transactions. Because Ethereum’s blockchain involves a public record and distributed ledger, all transactions are immediately verifiable and can be completed with almost a zero need for manual intervention. Ultimately, thanks to this function, many believe that Ethereum will soon turn the tables on BTC and flip all odds in their favor.

This event has aptly been called “The Flippening”. Once this occurs, the market cap ratio of Bitcoin and Ethereum will be at 100%. Currently, Ethereum already surpasses Bitcoin in two metrics (on-chain transactions and transaction fees), but it still needs to more than double its present market cap to reach Bitcoin’s market cap.

Is An Ethereum Era About To Begin? 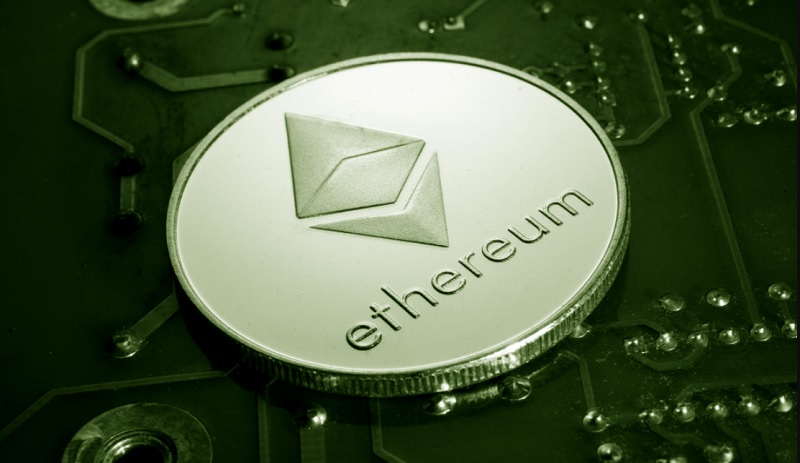 Despite the gap in their market caps, though, a time when Ethereum overtakes Bitcoin is not entirely far-fetched. As was mentioned beforehand, Ethereum’s infrastructure has helped it become popular even among non-crypto users. Thanks to the rise in NFTs and decentralized finance (DeFi), Ethereum has also become the most traded crypto according to Coinbase reports. In the second quarter of 2021 alone, Ethereum’s trading volume was 2% higher than that of Bitcoin. Conversely, Bitcoin’s value has consistently crashed. Since first hitting its all-time market cap of $3 trillion late last year, this has since fallen to just over $600 billion.

That said, what experts believe may really propel Ethereum this year is its shift away from a Proof-of-work (PoW) toward a Proof-of-stake (PoS) mechanism. Used to power Ethereum 2.0, this consensus mechanism is expected to solve a great moral and practical conundrum which is that crypto mining is not eco-friendly.

Famously, Bitcoin was even panned (and consequently dipped in value) by billionaire Elon Musk because of its massive energy consumption. Alternatively, Ethereum’s PoS involves validators putting up an amount of capital to attest to a block’s validity. This is estimated to use only a fraction of the same energy without compromising results. To illustrate, Ethereum backers explain that while the energy per transaction used by a PoW is equivalent to the Leaning Tower of Pisa, the PoS’s energy consumption is equivalent to a common screw. Ideally, the formal rollout of the PoS is expected within this year.

Ultimately, this makes it safe to say that Ethereum is definitely giving Bitcoin a run for its money. With its more flexible applications and real-world usability, Ethereum has sealed its longevity and appeal for the foreseeable future. Although Bitcoins supporters don’t need to let go of their tokens, it’s as good a time as ever to start paying more attention to Ethereum.

Melwin Philip is a FinTech specialist, a market analyst, and an investor. His investment strategy entails performing a valuation assessment and conducting technical analysis on financial and technology firms. He's passionate about stocks, forex, crypto, blockchain, and digital assets. He keeps a close eye on industry trends and provides insight into beginner-friendly platforms. 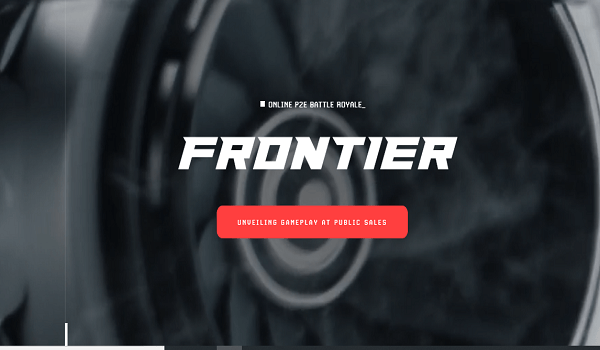 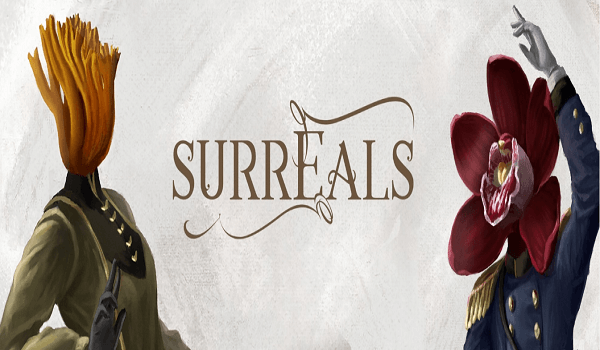 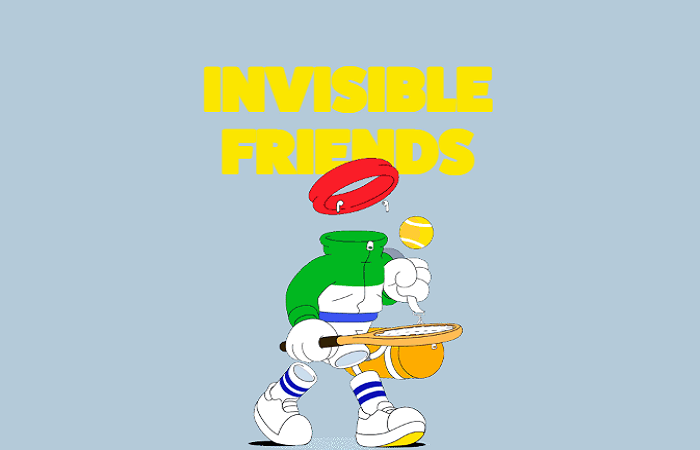 Invisible Friends NFT » Price & How To Buy Guide For Beginners !

We use cookies on our website to give you the most relevant experience by remembering your preferences and repeat visits. By clicking “Accept”, you consent to the use of ALL the cookies.
Do not sell my personal information.
Cookie SettingsAccept
Manage consent

This website uses cookies to improve your experience while you navigate through the website. Out of these, the cookies that are categorized as necessary are stored on your browser as they are essential for the working of basic functionalities of the website. We also use third-party cookies that help us analyze and understand how you use this website. These cookies will be stored in your browser only with your consent. You also have the option to opt-out of these cookies. But opting out of some of these cookies may affect your browsing experience.
Necessary Always Enabled
Necessary cookies are absolutely essential for the website to function properly. These cookies ensure basic functionalities and security features of the website, anonymously.
Functional
Functional cookies help to perform certain functionalities like sharing the content of the website on social media platforms, collect feedbacks, and other third-party features.
Performance
Performance cookies are used to understand and analyze the key performance indexes of the website which helps in delivering a better user experience for the visitors.
Analytics
Analytical cookies are used to understand how visitors interact with the website. These cookies help provide information on metrics the number of visitors, bounce rate, traffic source, etc.
Advertisement
Advertisement cookies are used to provide visitors with relevant ads and marketing campaigns. These cookies track visitors across websites and collect information to provide customized ads.
Others
Other uncategorized cookies are those that are being analyzed and have not been classified into a category as yet.
SAVE & ACCEPT