In this article, we shall go over their intense roadmap, their rarity scale, their spirited rewarding system, and lastly, their performance for the launch of the Degen Toonz collection. Stay tuned, you might have a successful project ahead of you.

A Brief Overview Of The Degen Toonz NFT Collection 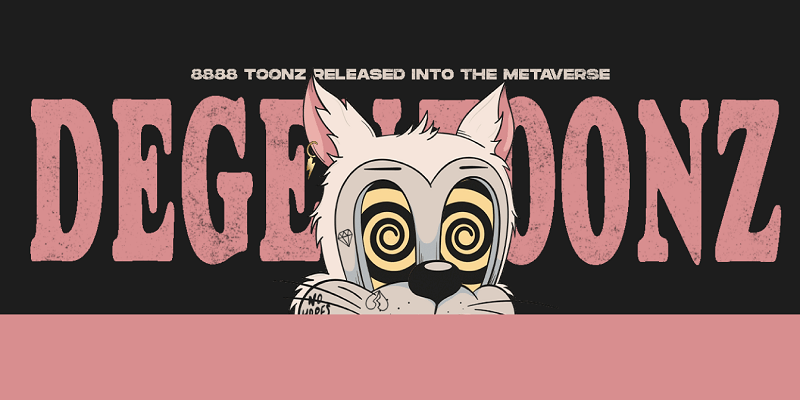 The Degen Toonz NFTs, function as a ticket to an eventful Metaverse, which longs to morph into a play-to-earn game in the distant future. This community, powered by the holders of the Degen Toonz collection, shall be subjected to lots of rewards, according to their roadmap, and have a lot in store for social causes, physical events and meetups, and even their distinguished DAO. Holding the Degen Toonz NFT for a long period of time grants the holder voting rights within the DAO.

The team promises an intricate collection of rewards and most of them shall be explored in the roadmap section. What makes the Degen Toonz NFT unique is its approach to building the community. Every holder is assigned a special role in the discord, and gets access to monthly giveaways of ETH tokens and NFTs, making them feel like they’re a part of a family, a happy Blockchain family.

Also see: How To Buy Doggies NFT By Snoop Dogg From Opensea.

While the team requested the eager whitelisters to stack their wallet with enough ETH to serve the gas price, the Degen Toonz mint price was set to 0.085 ETH + gas fees. This was for the Pre-sale. As of 28th February, 10 days post-launch, the Degen Toonz NFTs have sold out.

Everything The Degen Toonz Team Has Planned For The Holders. Roadmap Demystified!

Minting of the Degen Toonz NFT took place in different phases, from Pre-sale to Public sale. Regardless of that, every minter was given rewards. The rewards for minting were as follows:

The team followed the aforementioned announcement with even more rewards for the loyal holders, these include. 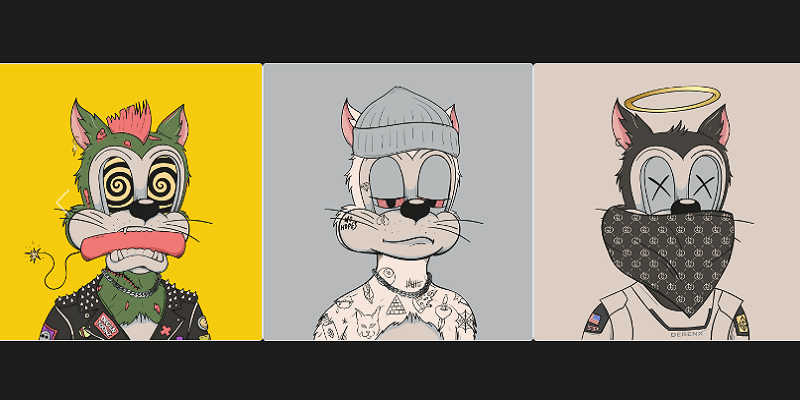 These rewards were interspersed on their extensive roadmap. Which includes the launch of their website, discord, and the NFT collection itself in phase 1. Phase 2, the one that is being traversed along as of February 28th, consists of the beginning of the DAO system and distribution of voting rights to the holders, and more airdrops to be launched with even more Toonz! Merch to be released in this phase too.

Phase 3 of their Degen Toonz roadmap focuses on the public. Funding is acquired and as per DAO voting, charities to donate are decided upon, thus adding a benevolent colour to the Project. The first public meetup and merch store opening is scheduled for this phase too.

The next step, much later in 2022, comes packed with the most exciting element of this project, the Toon Town, or their official Metaverse. This is to be built on a platform decided by the community whilst using their voting rights. In order to distribute rewards in equilibrium, the amount of $TOON given to a holder is dependent on the amount of time the NFT was held for. Post the development of the Metaverse, meetups are to take place there.

The final step in their roadmap is the drop for Degen Toonz II, a successor. And the very anticipated development of the play-to-earn game.

This makes this project unique, their ability to keep the holders engaged at all times, with rewards, drops, and events.

Must read: VeeFriends NFT Collectibles Sell Like Hotcake At Opensea.

The Sales And Statistics Regarding The NFT 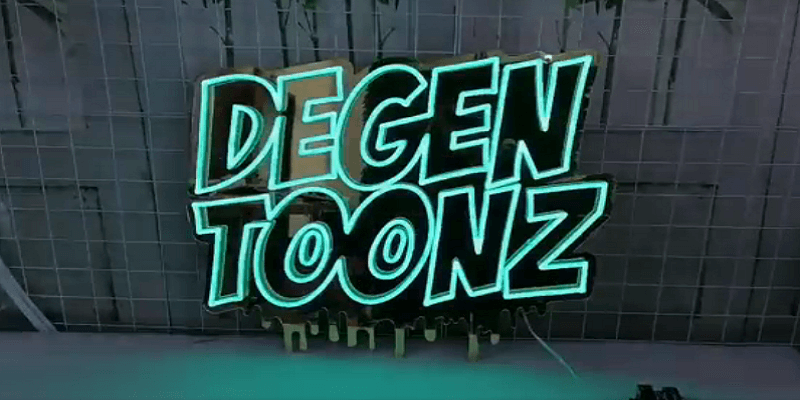 As of March 07, 2022, the Degen Toonz NFT floor price is looping around 0.627 ETH. Almost tenfold from the mint price from the launch.

The total volume traded for the project is about 2,400 ETH, including the minting which took place on the Degen Toonz OpenSea page itself.

The Degen Toonz NFT price prediction can be defined by the sheer increase in the number of sales. Since rewards came attached with Minting, the project was sold out and is now being traded on the OpenSea page with a steep rise in the floor price daily.

How To Buy TheDegen Toonz  NFT

In terms of how to buy Degen Toonz NFT, the Degen Toonz team chose OpenSea as the official space to launch their project, thus those wishing to join the community can do so on the OpenSea page itself.

The Degen Toonz NFT project masters the division of funds for relevant charities, constant rewards, regulating the community, and for the overall development of their brand itself. With such ambitious plans in the future like the development of the Metaverse and the game, the project holds great value for the future of the NFT space. 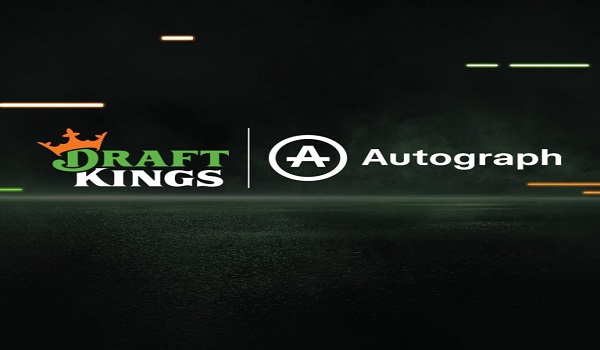 Bored with the daily conundrums? Already finding the old NFTs monotonous? Leading your way to a new project…
byMallika Sarda