EtherOrcs NFT is a collection of 5050 NFTs, serving as primary drivers in the 2D Ether Orcs game. The game is one of the only games which uses no oracles or APIs and functions solely on the Ethereum Blockchain. These Ether Orcs NFTs are pixelated warriors that fight for land, coin, and territories. The EtherOrcs Genesis NFT was launched with a complete chain-to-chain ecosystem in mind. And from the number of NFTs to the EtherOrcs discord server, everything is connected.

And so shall we see in this article. Which takes you through the primordial yet treacherous world of the EtherOrcs game. Also covered are the stats, and numbers for the Project. Most importantly, what 2022 holds for EtherOrcs!

A Brief Overview Of The EtherOrcs Ecosystem

The Story Behind The Ether Orcs Genesis NFT

The EtherOrcs Genesis NFT is the one that wrecked the complete Ecosystem open. This drop came with 5,050 NFTs, with ambitious plans that are under execution, as of February 7th, 2022. The ecosystem served the purpose of providing a completely on-chain gaming experience. The ecosystem exists because of the game, the game exists because of the following pillars, bundled as the EtherOrcs Genesis NFT drop:

That sums up the gaming experience and the ecosystem.

The Complete Timeline Of The EtherOrcs Genesis NFT

The EtherOrcs Genesis NFT launched on 19th October 2021, with average prices stabilizing at 1.5 ETH. With new allies’ features coming to the EtherOrcs game, and on the EtherOrcs OpenSea collection in 2022, most of their roadmap is still uncharted.

The EtherOrcs Roadmap: The Road Is Taken, And The Success Garnered

One of the most flushed out Roadmaps was presented by EtherOrcs on their official website in 2021. Their Roadmap started with the classic primary NFT drop, the EtherOrcs Genesis NFT. This came as 5,050 NFTs whose rarities mutated as they were interacted with, in the game. Another step in the right direction, was for them to produce the Token $ZUG from each Orc.

Following that, in late 2021, Raiding within the game began, and this brought about the generation of $BONESHARDS, as a reward.

As of February 7th, 2022, the EtherOrcs community is in the section of the roadmap that brings along EtherOrcs Allies NFT, a collection of 12,000 NFTs, which used the $BONESHARDS in the last update to Mint them. They came with consumables that generated more Economy for the Ether Orcs Ecosystem.

And this is just the beginning, more world-building is still left to be explored, as of February 7th. With the next phase bringing dungeons, where monsters shall be battled with, puzzles are solved, and treasure is found. Their final tentative phase in the Roadmap offers a full-fledged world map, which allows the holders to own lands, with Player vs Player experiences, and interoperability with other NFT projects! An expanding NFT ecosystem it is!

The EtherOrcs  NFT Sales, Statistics, And Everything In Between

The EtherOrcs NFT Current Price Vs The Mint Price

The EtherOrcs NFTs Total Volume Traded As Of February

About 98% of the EtherOrcs owned, are staked in the game to generate $ZUG, the in-game token. Still, more and more owners are putting their NFTs up for sale as of February 7th, and January of this year, with the launch of Allies, saw major growth in value, thus driving the price up. Hence, the total volume traded is 3,800 ETH.

The EtherOrcs NFT Price Prediction dictates that it is swiftly going up as of February, and is bound to go up during the first quarter of 2022. Since February, half of their roadmap is yet to be set in motion.

How You Can Buy The Ether Orcs NFT!

When it comes to the question of how to buy EtherOrcs NFT, it’s pretty simple, their official EtherOrcs Genesis NFTs are on the OpenSea page, and their Allies are there too, to be bought. As for its upgrades and utilization of $BONESHARDS, it can be done on the in-game secondary market.

Hashmasks NFT » Everything About Hashmask Collectibles !

Hashmasks NFT is a collection of digital artwork made in collaboration with 70 artists globally. The Hashmasks team…
byVarun Mohil

CryptoBatz NFT is a series of 9,666 NFTs gallivanting around the Ethereum Blockchain. The sole purpose of the…
byTaman Bachani 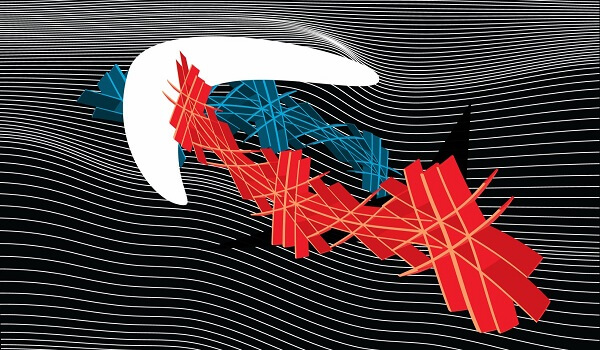