Since the debut of COD Warzone, the entire battle royal game mode has been a fan favorite for all COD fans, and it has been something to witness in recent years. It’s also the period of the year when a new Call of Duty game is released. But unlike in previous years, there is a distinct sense of anticipation surrounding this year’s entry.

Fans are hopeful that the forthcoming Call of Duty: Modern Warfare 2 will revitalize the first-person shooter series, including the annual CoD releases and its Warzone 2 battle royale spin-off.

Call of Duty: Warzone 2.0, which will be based on the improved engine from Modern Warfare 2, will be released just a few weeks after the major entry, giving the audience more than enough time to get ready.

The COD Warzone 2 Release date was announced during the Call of Duty Next Livestream and is scheduled for November 16. That means it’ll be available to players just a few weeks after Call of Duty: Modern Warfare 2 hits in October. The beta edition of Modern Warfare 2 is now available to all players. And, of course, we received an official name reveal confirming that it isn’t Warzone 2, as we suspected, but will be called Warzone 2.0.

There will be many new things introduced in Warzone 2.0, as the game will feature several new concepts, all of which will play a significant role in Modern Warfare 2. Because Modern Warfare 2 will be launched before Warzone, players can test out the new swimming capabilities, cliff-holding abilities, and sailboat and armored tank vehicles before they are included in Warzone.

It really shouldn’t take much time for newbies to pick up on these new concepts and abilities, but early buyers of Modern Warfare 2 will undoubtedly have an advantage over anyone playing Warzone 2.0 for the first time.

The Vehicles in Warzone 2 will also be getting an upgrade. They will have a new handling model, making them feel more realistic to drive, but they will also be destroyed relatively easily. You’ll be able to blast out tires to slow down your enemies, which you couldn’t do before.

Players will be able to climb onto car rooftops to get an advantage in combat and lean out windows to gain greater firepower. One thing you might wanna look out for is that the tires must be fixed on the spot, and automobiles must be refueled if they are to continue traveling.

Another significant announcement is that Modern Warfare 2 will have a third-person mode.

COD Warzone 2.0 will bring some huge improvements to the battle royale, some of which have previously been mentioned, but for starters, it will include a new map known as Al Mazrah, which will be a combination of wide desert, industrial zones, villages, and plenty of waterways.

Rugged peaks, underground tunnels, and tight passages will be the main features of this map that all the players can expect. If you ask me, that seems like a lot of fun.

Activision teased numerous recognizable POIs around the Al Mazrah map at the Call of Duty: Next event, of which some are instantly identifiable while others must be searched for.

COD released a general description of the map and stated that Al Mazrah, the Republic of Adal’s capital, is a wellspring of strategic and luxurious resources that nourished life thousands of years before the Common Era. Its history spans some of history’s greatest civilizations, as evidenced by the old architecture found throughout the capital.

Players’ missions will take place near Adal’s southernmost tip rather than in the deserts held by vast armies to the north. Take a look at all the old maps that have been repurposed as POIs in Warzone 2 below. 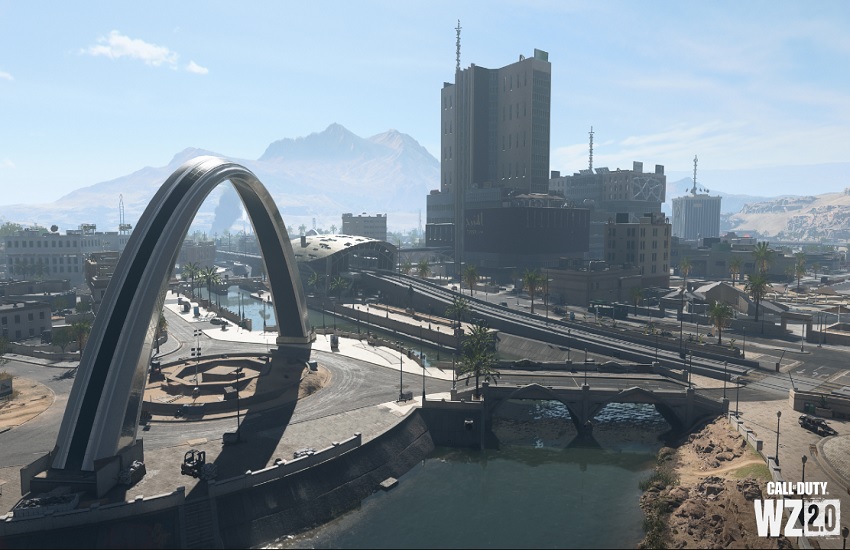 One of the most loved maps that gamers are expecting would find its way into the upcoming MW2’s multiplayer is currently located in the northeast corner of the map at Al Mazrah City. Players will also be able to fight on top of a skyscraper which will definitely be a significant change as opposed to fighting on the ground. 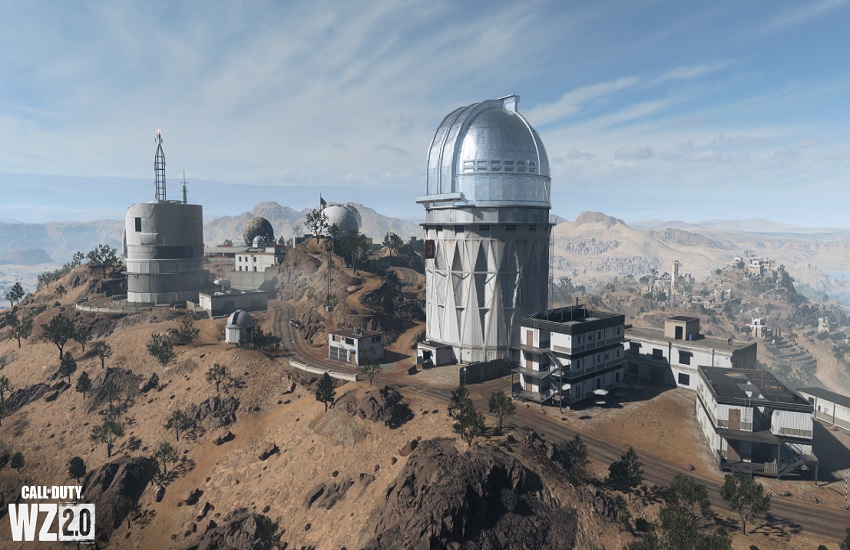 The dome will be a central observatory point of interest in the new map, where players can find the classic setup and explore other interesting things. 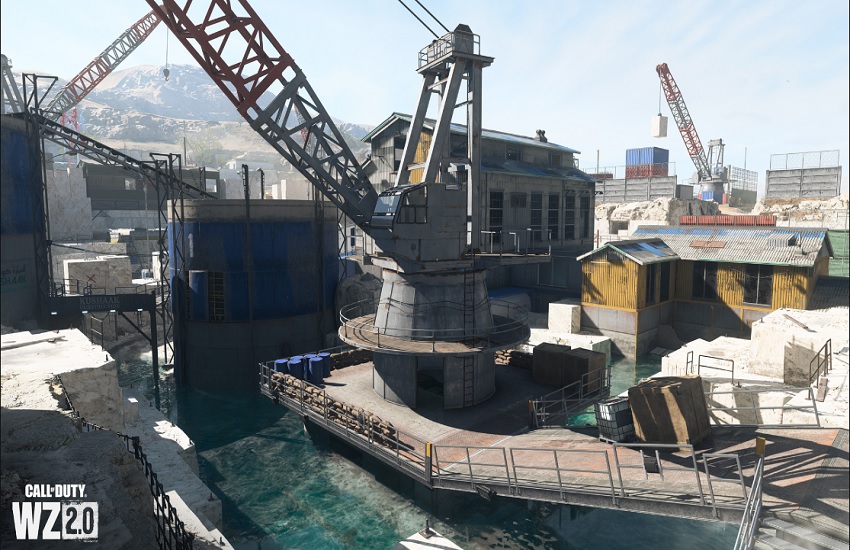 With over a dozen warehouses and hundreds of individually chiseled stone blocks, the Quarry is one of the three main industrial sites on the Al Mazrah map. There will be plenty of hiding places for players to ambush their opponents. 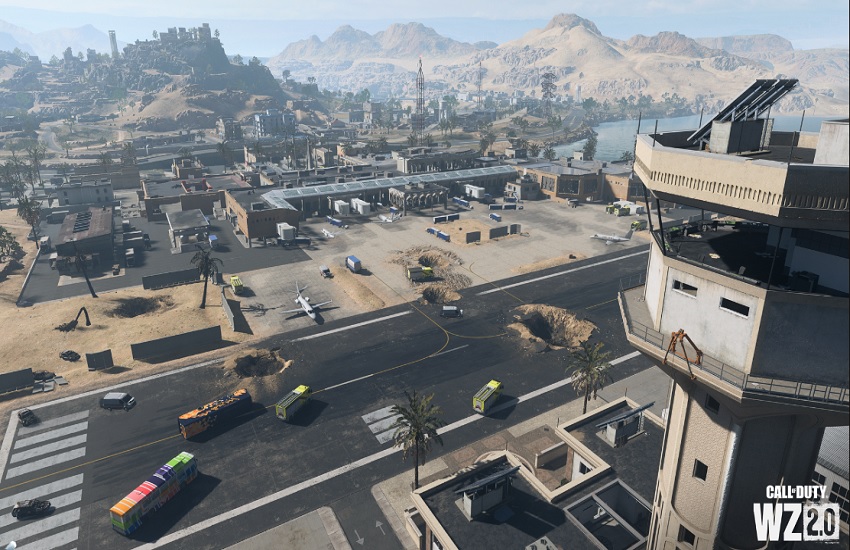 This contemporary Airport, located on the southern edge of Al Mazrah, combines traditional and modern design to host both business and recreational activities. Players won’t need to wait through checkpoints to grab their loot at this Airport where the classic Terminal is found. 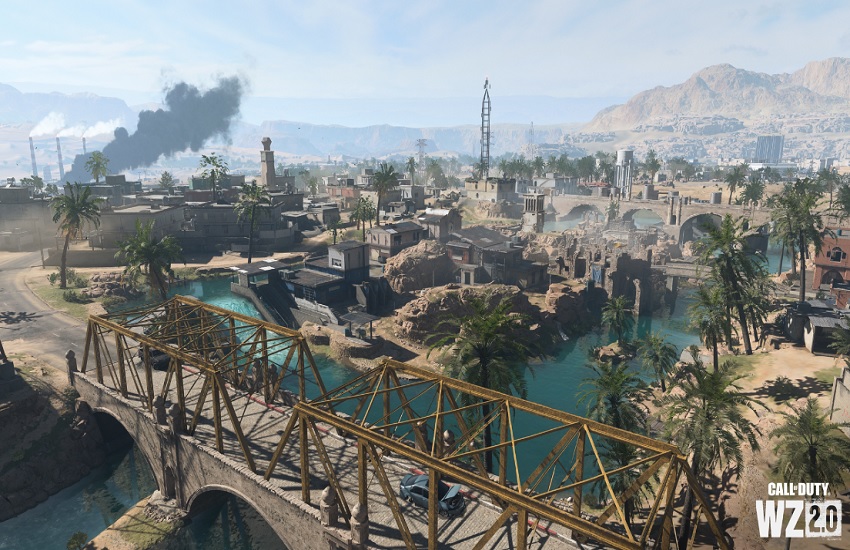 The hydroelectric combines ancient landmarks and midcentury living arrangements with modern industrial buildings distributed around the rivers that generate energy for this little town and the wider region.

One thing to keep in mind is that Warzone 2.0 will remove loadout drops from the game, so players must make sure they’re familiar with every weapon in Modern Warfare 2. Specific weapons and accessories will be unlocked through the Upgraded Shop or by defeating Warzone 2.0’s new Stronghold outposts.

Activision did not reveal any other changes between the two games at CoD Next. But we might have to wait until November 16 to uncover them all if we play Warzone 2.0 ourselves.

D.Va From Overwatch 2 Is Now The Most Searched On Adult Sites

The newly introduced character called D.Va From Overwatch 2 has been getting quite a lot of attention lately.…
byAbhishek Singh

Resident Evil 4 was one of the hottest and most popular games of its time, with which fans…
byAbhishek Singh