GTA Online has been a fan-favorite game to play for years now, but it’s not especially a beginner-friendly game. The game places players in the map’s center, encouraging them to make their own ways. In contrast to the story mode, the multiplayer mode provides no assistance or tutorials to new players as they begin their game journey.

When players are isolated in GTA Online, they are more likely to make errors and achieve less. While they might be regarded as honest mistakes that aid students along the learning curve, preventing them in the first place is also preferable.

More recently, GTA Online players have started dropping out in crazy numbers. Seriously, the game is looking into serious trouble. There are many reasons why the game’s online mode loses players daily. Here we will be talking about five main reasons why GTA Online is dying. So, let’s get started.

5 Reasons Why GTA Online Is Dying

Here we will be discussing the five major reasons why GTA Online is dying and how the game can fix these issues so that the players can enjoy the game.

1) Lacks Of Updates In GTA Online 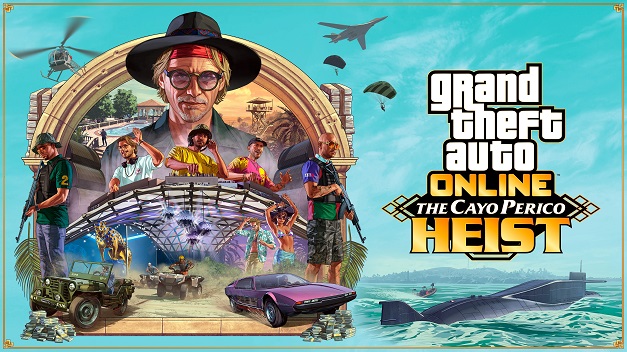 We live in a world where games like Fortnite Apex and War Zone are getting updated every couple of weeks. Then, when you look at GTA Online, you see a game that gets updated only once or twice a year. Once in a while, you’ll see a minor update centered around some random character where you’ll get a few new missions and a handful of new cars.

And Rockstar expects that to hold players off for several months. The heists are always exciting, but when you only get a new one every two years, there are only so many times you can run through those heists without getting bored out of your mind.

The process of completing missions, buying a new car, customizing it, then rinsing it, and repeating it 100 times can only stay fun for so long.

2) Extremely Hard For Beginners To Enjoy

Let’s face it, GTA Online has just gotten stale. Four, no love for Newcomers keeping longtime players invested is one thing. Still, GTA Online makes it incredibly difficult to enter the game as a newcomer unless you drop some real-world money.

You have to grind for hours and hours just to earn enough cash to buy a decent car. Many of the game’s most exciting features, like arena races, heists, and managing a business, are very difficult to start off the bat.

As a beginner, to start a heist on your own, you have to grind for weeks to have enough money to purchase the property and vehicles needed to plan the heist. Let’s not kid ourselves. Rockstar just wants you to spend money on shark cards, so they make earning cash in the game as tedious as possible.

Also Read: GTA 6 Release Date, New Map And Everything We Know So Far

The best way to play GTA Online is with your friends, and trying to get into the game by yourself is, let’s just say it’s a nightmare. Load into the lobby, and you instantly have to mute three to four players with music blasting or a fan blowing into their microphones. Here’s a day in the life of your average GTA Online player.

You try to complete a cargo mission, and some random guy flies up in his Deluxeo and blows you up for his own entertainment. So then you decide to join an online mission where one of your teammates is AFK, and another is purposefully shooting at his own squad.

4) No Big Changes In The Game

When GTA Online launched, if someone told you that the game would still be popular for the next nine years, you’d probably assume that Los Angeles would have experienced some crazy changes over time.
Well, let’s look at what the game has changed. The Diamond Casino and Resort was added, and then we got to the island of Paio Parico. I mean, that’s basically it. Otherwise, the city hasn’t been updated at all.

I mean, you still have that infamous building downtown that has been under construction since the game came out in 2013. The city itself has undergone practically zero changes, and there’s just no excuse for that.

There’s a pretty clear point in time where people really started to get sick of GTA Online, and that was the day Rockstar announced GTA Five would be coming to PS Five in Xbox series X. The fact that Rockstar openly admitted they were going to milk GTA Online onto its third console generation with no new game announcements in sight left a bad taste in the mouths of players.

People started to feel like they were being taken advantage of, and the thought of playing GTA Online sounded less and less appealing.

So when it comes to why GTA Online is dying, it’s clear people have just had enough. I mean, it’s been nine years. I think gamers have earned something new at this point and should be provided with that. It seems like GTA 6 is not very far away now, and we have to pass a little more time.

Skyrim Anniversary Edition – Everything You Need To Know

At this point, it’s not even funny knowing that there’s either a new version of The Elder Scrolls…
byAbhishek Singh