From the artists over at Star Wars and Transformers comes the Gooniez Gang NFT. Whilst residing in the Ethereum chain, this collection of 8,888 Gooniez NFTs is a Metaverse project, that also caters to the audience that is moved by cars, and racing. Every Gooniez Gang NFT shall be a 3D playable Avatar, coupled with a car that shall partake in races in their Metaverse. That game shall be called Gooniez Gang Apex, and as of February 12th, 2022, it is in development.

Apart from that, the Gooniez NFT team promises to emboss maximum utility within every Gooniez Gang NFT. This article aims to debunk, demystify, and devour every scintilla of planning that has gone into producing the numbers for this Project. Also featuring an in-depth leap in their roadmap for all quarters of 2022. Read along to know more.

A Brief Overview Of The Gooniez NFT

The Origin Story Of The Gooniez Gang NFT

In the brazen storyline of the Gooniez Gang NFT, a dystopian narrative had taken over the world. Where ducks were going extinct, a mad scientist found solace in testing a multitude of experiments surrounding ducks. As quoted on their official website, a malfunction of the experiment to clone them caused the eruption of a new species: The Gooniez Gang, NFTs were what they took shape in. This story shall be important for their roadmap, which is explored in a section later.

Every Gooniez NFT is a 3D rendition of a sci-fi, extremely sophisticated, and an engorged example of the premium Gooniez Gang NFT rarity. Upon giving into the Gooniez NFT ecosystem, each holder gets the.FBX or.OBJ (3D models) of their NFT. This shall disrupt the Metaverse by providing one of the first applications of a racing game with NFT playable. Apart from that, the team quotes that these NFTs serve as cool Profile Pictures too.

At the beginning of February 2022, the Gooniez Gang Discord server started popping. Thus began the whitelisting of addresses. And on 9th February, the whitelisted were allowed to Mint, a total supply of 3,500 Gooniez Gang NFTs were out there to Mint. 4 hours later, on the same day, the Public sale began, where anyone could Mint up to 2 Gooniez Gang NFTs.

The Race Towards Metaversal Success: The Gooniez NFT Roadmap And Ecosystem

Before the launch of the Gooniez Gang NFT in February, for four months, the team had been working towards producing 3D assets. The first step in their roadmap is to lay the foundation for the road to developing a 3D racing game known as the Gooniez Gang Apex, which has been announced for Beta testing in the 3rd quarter of 2022.

Whilst the game develops, their forte is 3D development, and 4, out of 8,888 NFT will be selected by the community to be produced as 3D collectibles, and if you happen to hold the Gooniez Gang NFT, the lucky holders that are to be gifted with this collectable might just be you.

Since plans and ambitions require funding, 25% of all sales from the Gooniez NFTs shall go towards the community wallet and shall be used for the functioning of elements such as the Gooniez Gang Merchandise store.

While the 3D files are given to holders, they also get the Intellectual property rights for every NFT they own.

Yet, one of their most anticipated and alluring propositions is the ability for the Holders to earn money using their $GANG in-game token. More details for this shall be put out on the Gooniez Gang Discord server.
The story about ducks which the project is built around shall eventually be mass-produced as an animated series, preceding the Metaverse game, and this has the community on edge, with style.

With COVID dissolving, as of February, the team plans to host offline events. And multiple raffles are to be held which will entail lucky holders getting free fully paid off travel plans to participate in events.

Last but not the least, the unique selling proposition etched into their roadmap is their pristine use of the Metaverse, with their rewarding system, their goal is to create an enriching play-to-earn experience within the Blockchain world.

The Gooniez Gang NFT Sales, Statistics, And Everything In Between!

Upon reviewing the Gooniez Gang NFT OpenSea page, the price has not deterred much since as of February 12th, only 2 days have passed the launch date. Hence, the Gooniez Gang NFT Price Prediction states that it shall only rise, with more and more members joining their community, the floor price shall slowly elevate, and the Project’s value shall inflate.

How You Can Buy The Gooniez Gang NFT NFT

When it comes to the question of how to buy Gooniez Gang NFTs, it’s pretty easy, after verifying your wallet address and filling it up with a couple of ETH tokens, the next step is to go to the Gooniez Gang NFT OpenSea page where it can be bought at the auction price there.

The Gooniez Gang NFT brings something new to the Metaversal table and thus the community on Twitter perceives its value. As of 11th Feb 2022, the Project is still young, and upon extrapolation, the Project sees more value going forward. With the rarity of various designs still being a mystery, everything shall slowly be revealed on their Discord. So, stay updated through their Twitter and discord servers. The Gooniez is just getting started.

Hashmasks NFT » Everything About Hashmask Collectibles !

Hashmasks NFT is a collection of digital artwork made in collaboration with 70 artists globally. The Hashmasks team…
byVarun Mohil

Tasty Bones NFT is a collection of 5,000 hardworking NFTs that deliver food from, and to, the land…
byTaman Bachani 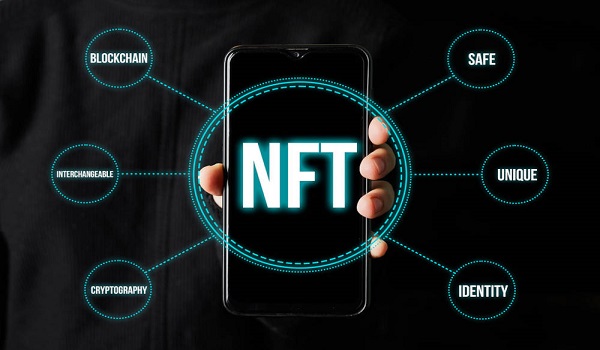 Do NFTs Have The Potential To Democratize Digital Content