Mfers NFTs are a collection of 10,000 NFTs that exist on the Ethereum chain as a love letter to all the exquisite NFT projects, and everyone who believed in NFTs.

Mfers NFTs’ origin story is deep-rooted back to March 2021, on Crypto Twitter. When the creator, Sartoshi acquired a few CryptoPunks and fell in love with the idea of NFTs. Thus Mfers NFTs were born, after multiple memes posted on Twitter, and inspired by stick figure memes before the crypto boom, Mfers NFT is the most happily clueless, yet ambitious project.

This article takes you through the journey, the purpose, and the sales hit by the Mfers NFT project. Read along, to follow along.

A Brief Overview Of The Mfers NFT

The What, Who, And Why Of Mfers NFT Collectibles.

As explained on a thread posted by the creator, Sartoshi, Mfers NFT stands for all the Mfers in the NFT space. Mfers are NFT enthusiasts who’ve shown support over the years and have believed in the concept since the beginning. The metaphor that the creative team behind the Project tried to infer from every Mfer, was that most NFT holders do not differ from each other in the way where they’re glued to their screen, basking in the pride and beauty of their NFT, while they defer their work for later.

The Stick figure in every Mfers NFT can be seen going off-picture, putting their hands on something, this has been revealed as the mystery that may or may not be revealed someday, everything from pianos, spaceships, and even Poker tables, this shall eventually contribute to the Mfers rarity. 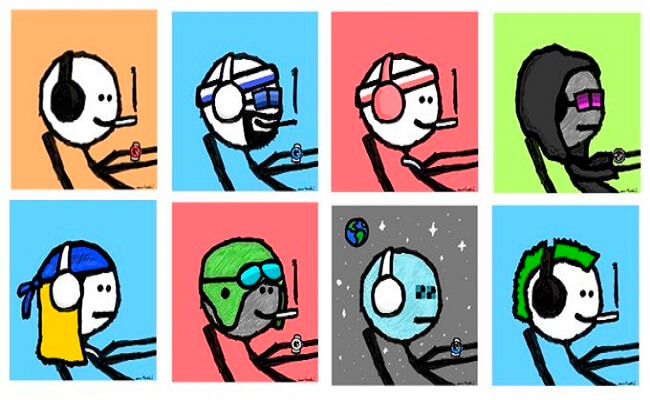 Even the Mfers NFT discord is regarded as the officially unofficial discord. Since it’s not created by Sartoshi, it’s created by the Mfers NFT holders, and the Mfers creative team is not a part of it. This essentially shows the love every holder carries for this NFT, and the reason is the love the creators carry for the holders.

The launch took place in November, 3 months later, as of February 15, there are solo tributary projects, merch, and many more things aligned along the way solely by the community. That’s how tightly-knit the Mfers NFT team wanted it to be. Despite there being no structure and NFT corporate culture, the holders see that as the very reason one should buy the NFT. It has already been regarded as a blue-chip project by many.

On November 30th, 2021, Sartoshi, a well-known NFT Twitter meme creator, went live with the hand-drawn 10,000 Mfers NFTs. As of February 15, the community has taken off and many use cases of Intellectual property rights are etched within the NFTs.

Sartoshi is a meme creator, by profession he pokes fun at the gravitas several NFT projects embody. Hence with Mfers NFTs, we published no roadmap. The community, on the other hand, started creating goals for themselves on their officially unofficial Mfers NFT discord. On Mfers NFT Twitter, the team tweeted about their roadmap such that you can plant seeds and see where they grow, instead of listing goals [1].

Yet, their roadmap sees major development, and still powers itself to go even further into the future. Since the team at Mfers NFT suggested they go with releasing IP rights of all NFTs to their owners, the community plans to build NFT products of their own, with the Mfers NFT, merchandise, and more. And a few holders of the Mfers NFT already have these plans in execution.

According to Sartoshi, the Mfers NFT holders should pave their own roads. With elements akin to those of crypto punks, traits of humans, then zombies, apes, and aliens were seen with the designs, as a homage to Blue-chip projects, and this increased the Mfers rarity, which in turn affects the roadmap intrinsically. The roadmap and their plans for the future, as of February 15th, are things still discussed actively on their Discord. And the very unpredictability of the Project makes it extremely valuable. A natural NFT project tries to prove that these rules and conduct needn’t be followed in order for any Project to go Blue-chip.

More on their roadmap brings mentions of a very happy go lucky Mferverse, with 3D Mfers NFTs, and even established Tokenomics, with the undisclosed Mfer governance token. Deep in plans are also Mfer hoodies, hats. More NFT derivatives are already in a discussion like:

This is regarded as just the beginning, and with Mfers songs, a published book, there is so much more embedded deep within their roadmap. A project with no official roadmap, that shattered all stereotypes by developing their roadmap as they go, is what makes this project unique.

The Mfers NFT Sales, Statistics, And Everything In Between

The Current Price vs the Mfers NFT Mint Price

The total traded volume stands at a whopping 11,200 ETH already traded, in just 3 months of launch, and since a monopoly of products and projects are already in development according to the self-made roadmap, the volume is not stifling any time soon.

The Price Prediction for the Mfers NFT

The Mfers NFT Price Prediction states that it’s bound to steadily rise since the Project has been very clear with its intent, and goals about celebrating NFT culture, and paying homage to NFT legends such as CryptoPunks. The Floor Price as of February 15th is 2.32 ETH and has seen 100% growth in the second week of February, this growth shall continue.

How You Can Be A Part Of This Mfers NFT Community? 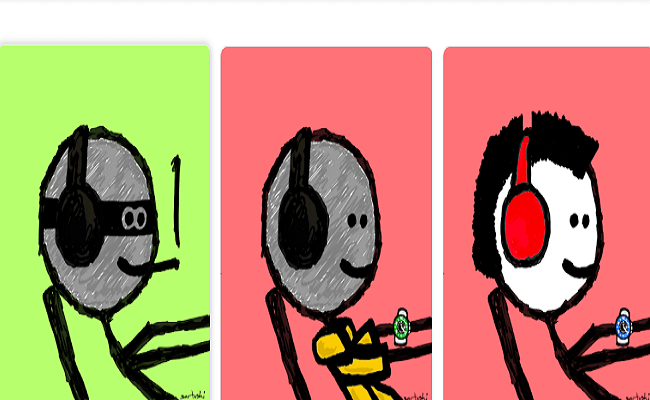 As for the question of how to buy Mfers NFT, it’s the simplest there is. The Project is officially listed on the Mfers NFT OpenSea page. And there, upon verifying your wallet, you can simply bid for the NFT you like, and buy it.

This is a project which had no raffle, no whitelist, no official discord, and thus no certainty. In this transparent shell of a Project did the community find love for it. The holders appreciate it for being this succinct with its fundamentals. Already regarded as a blue-chip by many, this Project has great value. The true purpose for it to exist is to serve as a metaphor for where we are headed as a society, and how we’ve grown to love NFTs. Talking along the same lines, people love the Mfers NFT!

When one looks at an NFT, one can see that it is a unique work of art. But…
bySharan Kaur Phillora

Are you fascinated by land games? Then Metroverse NFT land game is the place to be! The Metroverse…
bySharan Kaur Phillora