Nanopass NFT serves as the pass to the Nanoverse, wherein you can access virtual lands of different types, sell them, and be a part of more such projects within. If you are tired of the traditional NFTs, you must definitely dive deep into Nanopasses, for it is one of a kind.

Isn’t it intriguing-buying a plot in the Nanoverse, investing it, and building your own mini-universe? checkout more about Nanopass NFTs from here.

Whilst the Nanopass project is exceptionally artistic, it’s the 3-D look given to the NFT that makes it much more magnificent and worthy of a shot.

And here’s the buzz moment! Nanopass launched their NFTs and it was listed on OpenSea as Project Nanopass NFT.

With 5555 unique passes, Project Nanopass NFT yields early access that will double as a plot of virtual land in the Nanoverse. Amongst the 5555 passes, 4555 are distributed through several other methods, and the remaining 1000 Nanopasses were available for public mint. These Nanopass included 5 Archetypes, namely Cyberpunk, Easter Gem, Spacestation, Underworld, and Fantasy. All these five styles are procedurally formed from a base set of animated assets. No wonder one would find Nanopass NFT sensational, from its name, animation to its virtual world, all of it is surprisingly splendid.

As much as an early supporter is given a priority, any positive contributions to the community events on Nanopasses’s channels like Discord and Twitter will also be a highlight.

How To Buy Nanopass NFT Project :

Now that Project Nanopasses NFT has come to the fore, here’s a guide for buying Nanopass NFT.

Project Nanopass NFT mint price was set at 0.0888 ETH. On the OpenSea platform, we can observe that the price on December 20, 2021, is set at 1.289 ETH at Floor Price Levels. Depending upon the market of demand and supply, the price fluctuates.

When it comes to Project Nanopass Price Prediction, it is slightly difficult to speculate considering that the Nanopass NFT OpenSea sales have witnessed a dip. One thing that we are sure of is that the floor price isn’t soon going to be close to the actual floor price set.

What is Nanopass Mysterious Black Box

Every week, for a Nanopass owner, there is a surprise: a black box. This black box may or may not be corrupted, containing loot in the form of physical goods, other NFTs, or donations. If you are a gamer, this black box is similar to the blue box that is dropped via an airplane in PUBG. This box serves the purpose of keeping the holders engaged and invested, holding on to the lively environment of Project Nanopass NFT.

These black boxes are central to the positive feedback loop. Due to this, the value of the Nanopass is generated consistently and also intensified. Regarding funding, it is via the community vault which will be receiving 7.5% of secondary market royalties. If you wish to claim these black boxes, you can visit your Owner’s Portal on the official website of Nanopass NFT.

Wishing you luck, for you must be the fortunate one to receive a black box that is uncorrupted.

A Guide To Their Mind: About Nanopasses NFTs Phase 2

Having learned about Project Nanopass NFTs and what they are, and how the price functions, it is imperative to recognize and unfold the plan that the team has in mind. That being said, owning a Nanopass will give you priority access to their future project, and guaranteed presale slots in Phase 2+.

Initially, the passes are available for mint, the Nanopasses are revealed and a community vault is set up. Project Nanopass is like an escape room, every step gives you a key for another one. With every phase, the storyline moves forward. Since passes are guaranteeing access to future projects, this will serve as a part of the positive feedback loop considering that value is being added to the holders.

It is believed that Rei and Rui, physical manifestations of data lifeforms who are allied with the Nanopass team, might be the first, but definitely not the last. A new era shall start, and there will be more of their kin outside their world.

Apart from their own project, the Nanopass team is also in their early talks with other NFT groups. The community will also be launching new premium Black Box NFT’s. So, Nanopass holders, hold on to your breath! You are going to have an exclusive experience.

And, now unveiling the Project Nanopass NFT team, the team behind this visionary. Agent Rei and Rui are the Project Leads, Agent Yuri is the Community Lead, Dev is the Tech Lead and Iamabsinthe is the marketing lead.

Remember the escape room? All of the keys in the form of phases and projects will lead to a larger project called Project SUBNET. Are we really into the Metaverse? A Nanoverse within the Metaverse?

Well, what are you waiting for? Experience this virtual world yourself by owning a Nanopass. Project Nanopass NFT shall go to a greater extent seeing its trade activity.

Author
Appcraver
Appcraver is a leading media platform for fact-checked and source-checked information on Technology, Apps 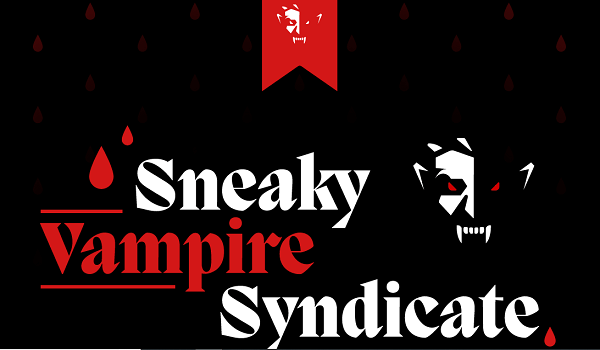 Alpha Girl Club NFT » Price & Everything You Must Know !!

Whilst bridging the gap between the NFT and the real world, Alpha Girl Club NFT is the next…
byMallika Sarda