A series of NFT (non-fungible tokens) collectibles on Argentinian footballer Lionel Messi promises to shatter a few goalposts in the NFT world. Celebrity NFT and trading card producer Ethernity Chain is launching this authenticated collection of the Soccer Messiah’s official NFT collectibles at 21:00 UTC on August 20, 2021. Called ‘The Messiverse,’ the collection of NFTs based on the wizardry of the 34-year-old soccer magician will be a celebration of Messi’s greatness and influence on the game and popular culture. 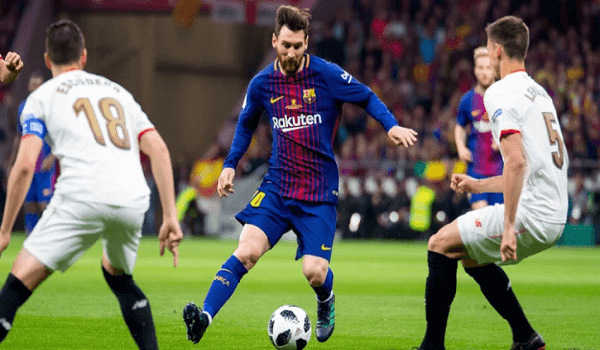 To some the Soccer GOAT (Greatest of All Time), who will soon be leaving Barcelona seat Camp Nou after a 21-year-long association, will feature in a series of four experience NFTs created by Australian digital artist Bossilogic, earlier with Marvel’s mega-series Avenger franchise and Disney. The initial offering is of three NFTs on the Ethernity Chain website. A fourth NFT is set for the month-end release. “It was in the works for some time. Honored working with Ethernity Chain and Messi on this first official drop,” the thrilled artist says.

Reports suggest the collection will focus on the soccer magician’s achievements and moments of import. The first of the series is “Man from the Future,” featuring Messi in an AI bionic form envisioning the megastar dribbling away in a cyber soccer league. It is bound to be a fitting tribute to the Complete Player as it would take a while in a faraway future for somebody to equal his magical skills.

The second collectible on offer “Worth the Weight” shows Messi as Atlas of the Greek mythology holding the Earth on his shoulders. The theme is a throwback on the unparalleled abilities of the footballer in motivating his team to unprecedented victories, according to Bosslogic.

“The King Piece” NFT will celebrate Messi as the unchallenged “king of the board,” one who ordains the fate of a soccer match with sheer ethereal footballing faculties. The NFT’s creator tells us his digital art portrays the Albiceleste icon lifting the Ballon d’Or that he won a record six times. 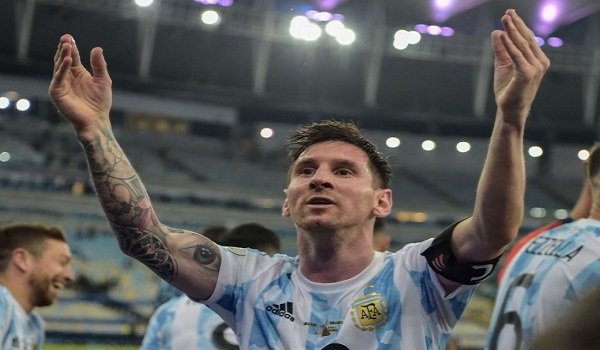 Some reckon the Ethernity Chain platform created by Nick Rose Ntertsas perfect avenue for tapping into the rising popularity of NFTs. Its emergence on the DeFi (decentralized finance) space with authenticated NFTs promises to fire up the NFT economy. Set rolling on the funding platform of Polkastarter as recently as March 2021, Ethernity Chain uses ERN tokens as its standard currency. Ethernity Chain has received strategic investments from Black Edge Capital, Woodstock, Spark Digital Capital, and Genesis Block Ventures, and Morningstar Ventures.

The ecosystem of Ethernity Chain is fuelled by a triangular economy of tokens, Ethernity Packs, and LP Stakes and Rewards. Ethernity City has been rapidly forging partnerships with top figures in blockchain, the entertainment industry, music, art, and sports. It emerged on the sports moments NFTs universe in May with collectibles on Brazilian football legend Pele.

This is not the first NFT collection on Messi’s inspiring moments. Ethernity Chain earlier offered an NFT collectible on Messi after the Argentinian national team’s triumph over sworn enemies Brazil to bag the coveted Copa America 2021. There has been a massive surge in the interest in NFTs from last year as collectibles on celebrities and iconic art have hit the marketplace.

The recent entry of e-commerce firms like Shopify into the blockchain space by allowing the sale of NFTs on the platform has further ignited popular interest. The recent interest of iconic brands like Coca-Cola and Louis Vuitton could also propel NFT popularity in the real world and act on a feedback loop of a further surge in digital sales. Moreover, the blockchain art space can expect a wave massive wave of authenticated NFTs of celebrities in the blockchain space triggered by the success of ‘The Messiverse.’

The Crypto space witnessed several notable partnerships over the past few months. The latest to join the race…
byNithya Nair

Released in July, Ape Gang NFTs is a collection of unique digital assets showcasing portraits of Apes with…
byVarun Mohil