Set to launch for both Android and iOs devices, Louis: The Game will be a first-person explorer sort of game. The main character of the game is Vivienne, the brand’s mascot, a wooden doll decorated with the company’s flower insignia while she set her quests.

As reported by an Australian publisher Kurier, each new quest will reveal new stories on how Vuitton has begun its ride in the fashion industry. He was born in Lons-le-Saunier – commune and capital of the Jura Department, on 4 August 1821, then shifted to France’s capital where he officially started his journey in the fashion world by building the iconic luxury brand in 1854. 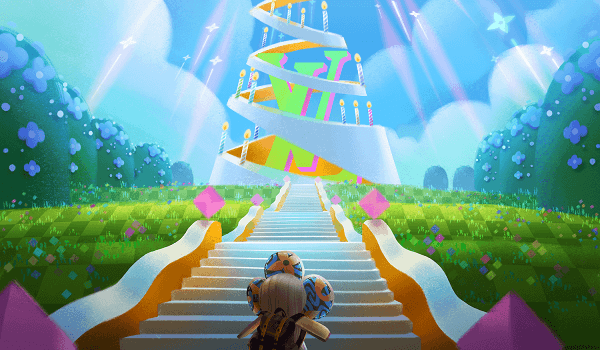 (Source: prestigeonline)
Louis Vuitton, which now sells everything from leather goods and shoes to accessories and clothes has a 167 years old legacy.

As the game progress, players will go deep into a thrilling journey through the fashion house’s history. It’s not verified if Louis: The Game will be available globally or only in chosen regions.

NFT is a type of digital asset that became the internet’s latest obsession since March this year after many artists and gamers earned revenue from these digital tokens. The recent increase in overall awareness and popularity of NFTs is also creating a general urge for them. As NFTs have got more attention, more and more cryptocurrency investors are becoming crypto-art collectors. NFTs is believed to change the video game industry and convert the future landscape of digital assets.

The ongoing COVID-19 pandemic has had an impact on the gaming market as well. Now, thousands of people experiencing lockdowns around the globe are turning to video games.

In NFT-based games, players secure unique NFTs as digital assets for fulfilling in-game objectives. These NFTs receive value due to blockchain-based transactions. According to Nonfungible.com, which closely monitors the market for NFT sales, NFT assets increased from $40.9 million in 2018 to more than $338 million in 2020.

Unlike Crypto, nonfungible coins will have different values depending on their traction. If the game or artwork becomes in-demand, they can be traded higher than other alike digital tokens.

Economists and experts in finance fields do not believe NFTs future in the long run, but many are expecting that NFTs have the potential to transform the ownership of properties and other assets in the coming days.

In recent months, video game culture started booming in the fashion world, and brands including Louis Vuitton realized the increasing global opportunities that games offer in the apparel mart. Fashion enthusiasts can use up fashion content with mobile video games and at the same time the player can participate in the game too.

At a time when international luxury brands are joining hands with video games to discover new digital viewers, few pro gaming companies moving a step ahead by creating their own fashion brands. Louis Vuitton is also following this trend by launching the new video game with NFTs. 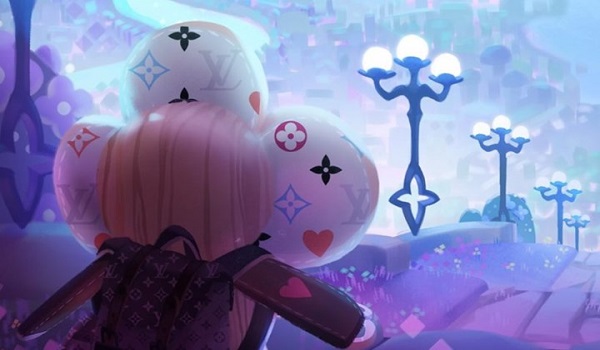 (Source: marieclaire.com)
Some firms like Riot Games and Epic Games were offering games free of charge too. As a result, games including the first-person shooter and online battle-arena gained popularity.

Pokemon breeding and battling, Axie Infinity got vast popularity in this wave, and thousands of players earned above minimum wage. Card games like God’s Unchained use NFTs.

This is not the first time that the French fashion house is launching a game. Previously, Louis Vuitton had developed a third-person scrolling arcade game known as Endless Runner. The video game was unveiled in 2019 on the company’s website to exhibit Virgil Abloh’s FW2019 runaway collection.

In the game, a little man runs forward on a fixed scrolling background, inspired by the city of New York. The player had to collect Louis Vuitton-themed tokens by jumping, sliding, and throwing shopping bags while running over obstacles such as traffic cones, phone boxes, and dented metal bins to get both their score and health points. As we continue playing the game, the player’s speed increases progressively making it more difficult to time jumps over the various objects. The game was playable in full and for free on the Louis Vuitton website.

Aside from the new mobile game Louis: The Game, a fictional novel by French author Caroline Brognard will be released as part of the celebrations of the 200th-anniversary. Also, a documentary on Apple TV titled Looking for Louis will be released by the fashion house.

Woodies Mint Passport NFT is a sort of pass that can be used for getting the NFT. The…
byVarun Mohil