Polygon, formally known as Matic, has found favor with a wider cross-section of ETH aficionados with its lower gs (transaction cost). Fashioned after traditional art galleries, Lazy.com has been rapidly gaining popularity in the digital stakeholder community since its launch in March.

Lazy.com itself has contributed to supercharging the NFT economy this year that has witnessed a $2.5-billion surge in the first half marking a 180-times year-on-year increase from $13.7 million. 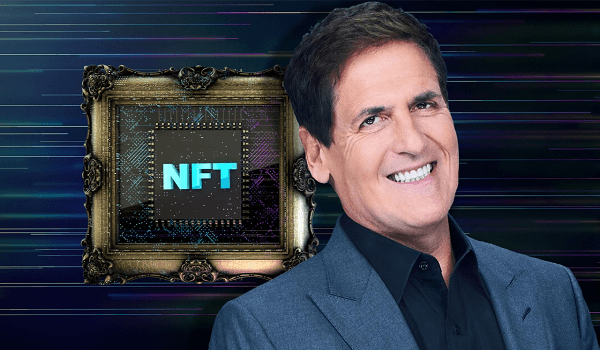 (Source: news.bitcoin)
Explaining Lazy’s Polygon move, billionaire entrepreneur and media baron Cuban is quoted by CoinDesk website as saying, “NFTs have their adoption hurdles, but none as crucial as transaction fees and transaction efficiency.” He believes Polygon’s efficient scaling solutions can shatter such barriers. “I’m excited about how NFT space grows,” Cuban says.
Lazy is joining a number of DeFi (decentralized finance) players and NFT and gaming majors like WeNew and marketplaces including Rarible and OpenSea in exploiting Polygon’s parallel network that bypasses Ethereum costs.

The minimalist, clean-looking Lazy gallery connects with wallet service provider MetaMask. It also generates a separate Lazy URL for social media platforms while providing a uniquely lazy way to showcase the users’ NFT collection and generate a URL to “stick” anywhere. Lazy happened at the right, red-hot moment for NFTs. Some artists are selling their works for millions on the platform. Digital artist Beeple sold his works for $69.4 million.

While many billionaires that financial websites Forbes and Portfolio Insider tracked were out-of-sync with the blockchain ecology, Cuban had taken the plunge long back. He tells everyone that his business, eventually, will be fully centered on NFTs, smart contracts, and blockchain technology. He has bought into NFT platforms including SuperRare, Cryptoslam, Mintable, and OpenSea. Cuban bought shares of Coinbase, the cryptocurrency exchange, on its Nasdaq public debut.
Lazy got an unexpected boost by featuring the NFT collection that Anthony ‘Rumble’ Johnson released to celebrate his victory over Ballator star Jose Augusto Azevedo Barros on May 7, 2021, on his UFC return to MMA (mixed martial arts). The Rumbler had termed NFTs as “a grand slam.” Boxer Francis Ngannou’s crazy NFT sales that reportedly topped his recent $500,000 UFC heavyweight title fight purse were a clear signpost for Johnson.

Further nudging of friend Eric Leopardi, a TV producer of Brand Brain Media that is co-creating the ‘Life Untamed: Colorado’ television series with Johnson, seems to have boosted his resolve to jump into the NFT ring. It was Leopardi who engaged a team to produce the Johnson NFTs. He thought the 37-year-old Johnson was an ideal fighter for an NFT investment because of his exploits in the ring that is stuff for legends. The fact that Johnson won the comeback fight is the icing on his NFT sales cake.

Polygon’s faith in the growing NFT market is evident in the launch of a $100-million fund that will focus on promoting a gaming-related NFT project, Polygon Studios, alongside the announcement of the Lazy.com deal. It said the studio project aims at helping the integration of web 2.0 game developer’s platforms with web 3.0 NFTs. Cuban’s own NFT zeal behind his move to make his Dallas Mavericks NBA team’s tickets NFT collectibles.

Minecraft-a game of exploration and adventure into infinite worlds, isn’t it? What happens if another virtual world- NFTs…
byMallika Sarda

Are you searching for Neo Tokyo Identities NFT? A pensive look through the kaleidoscope of human evolution brings…
byTaman Bachani

Shiba Family NFT # Everything About Shiba Man, Lady, And Kid !!

Shiba Family NFT has arrived in markets with their Shiba Man, Shiba Lady, and Shiba Kid. We are…
byJayashree Ingle