Simba Empire, inspired by the iconic Hollywood franchise Lion King, is an NFT game launched by the SIMBA Empire Finance and resides on the Polygon network. The game is dominated by Simba lions at different levels and territories.

The game is inspired by Simba the central character of the 1994 film franchise Lion King who overcomes many challenges to dethrone his imposter uncle and take back the kingdom that extends to the edge of the horizon. The objective of the game is to gain as many NFTs Simba as possible through farming or trade on the marketplace. Players gain tickets by farming and adventure and use the tickets for exchanging with NFTs Simba. NFT Simba is an asset storage token that the players can hold on to for potential value growth. They can ‘breed’ NFTs Simba by merging one with another to create higher-level NFTs Simba as in the game Cryptokitties. The players can sell NFTs Simba to liquidate it or sell it to other players who may see a value in that particular NFT Simba for gaming needs. 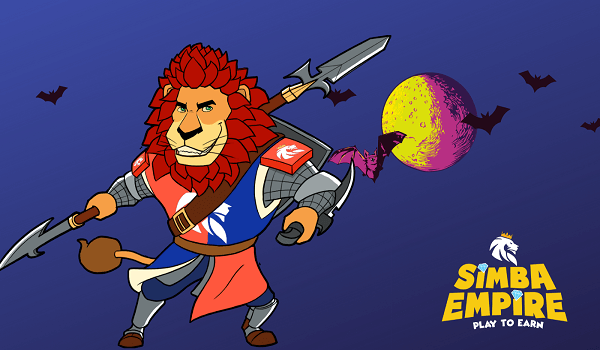 (Source: globenewswire)
The game narrative winds its way from back decades and the most powerful and majestic emperor is the king who rules all the territories which are divided into different countries for viceroys and lesser kings to supervise. There are lesser entities like princes and grand dukes in these territories. Their role is to help supervise the Empire, run the military, and let the country function smoothly based on the legal framework.

The palace has guardians, bishops, and knights that have specific roles in protecting the palace and the empire. Each Simba has six classes as well as 19 levels showing their social position. A Simba is an NFT and is the asset of the player with the value of each Simba being proportionate to the level and stats it has.

It is expected that the value of the NFTs aka Simbas will increase as the game develops and more players join the game. As a new NFT project, the value of the assets is low, and possessing them now will be an opportunity to grow value. These NFTs can be traded with other players by over-the-counter trade, or OpenSea, the Simba Empire marketplace.
Although at an initial stage, the game still has many activities that would appeal to gamers like Farming, NFTs Adventure, and Simba Cards Merger.

Simba Farming helps the players gain tickets which is the game currency and can be used to buy NFT Simba. From level 1 to 6, the players can buy Simba only by using tickets while for the other levels the players will have to use the upgrade feature.

Simba Empire is built on the sturdy NFT721-based Safe NFT platform. The Safe NFT technology identifies and digitizes in-game characters and assets into a unique encrypted string. The code is stored on the Euthereum blockchain.
The storage of the code on the distributed ledger of blockchain always gives all NFs Simba a value. Safe NFT, meanwhile, allows users the flexibility of selling the NFTs.

The play-to-earn feature makes the highly strategic game of Simba Empire extremely viable. Although new, the idea behind gameplay monetizing is catching up across platforms. 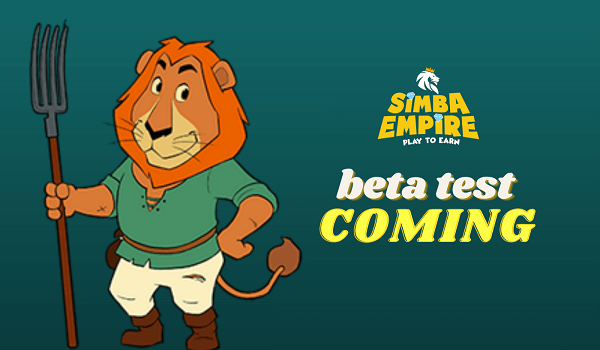 (Source: medium)
The revolutionary Simba Empire is set to be the bellwether for blockchain-based gaming as it addresses a few of the biggest issues that gamers have grappled with all through, the chief among them being monetization concerns. The Safe NFT platform removes monetization concerns by providing a highly viable platform for creating in-game NFTs that can be monetized on the linked NFT marketplaces.

The ability to monetize these tokens is the right motivation for the exponential growth of blockchain-based play-to-earn gaming. The ability of the play-to-earn game genre makes play both fun and business with players earning hard cash for doing what they love most – play. The more one plays the more the reward. It can actually make the players of the game rich, not just the makers. What is a bigger motivation for playing than getting rich by the very same play?
For using Safe NFT, the user should first signup on Coinbase, a secure platform for buying, selling, and storing cryptocurrency. The user will also need an account with MetaMask digital wallet that works only with Ethereum cryptocurrency. MetaMask comes as a browser extension and facilitates ETH transactions. Safe NFT is versatile as it works with major NFT marketplaces like Rarible, OpenSea, and SuperRare. The robust technology behind Safe NFT makes it an advanced and exclusive blockchain platform that can protect the gamers’ investment assets.

NFT gaming is here to stay and the earlier the gamers get in, the more value they lock-in for eventual monetization.

Alpha Girl Club NFT » Price & Everything You Must Know !!

Whilst bridging the gap between the NFT and the real world, Alpha Girl Club NFT is the next…
byMallika Sarda