The Squishy Squad NFT is described as an Ethereum-based NFT initiative. On December 10th, 3:00 PM, a total of 8,888 squishes were coined for this project. This time slot was reserved for customers on the whitelist. The public sale will take place on December 12th, 2021 at 3:00 p.m. Pacific time.

The elegantly programmed squishies are adorable, silly, and know how to have a good time. While investigating the specifics of this token from the ground up, just to provide you with precise answers to your questions, we found that the Squishy Squad NFTs are adorable and as pretty as the pictures.

You will have to take a look at the Squishy Squad NFT Twitter to believe how cute they look!

This coin will have both real and virtual usefulness for buyers. Users will receive printed art of their squishes, according to Physical Utility.

Brandon Chin, alias BentoBoi, is the creator of this asset. He is the finest NFT and cryptocurrency evangelist, who is rocking his social media handles with his blockchain savoir-faire. BentoBoi is also a member of the JRNY Crypto Team, and you still wonder why Squishy Squad is so popular !?

Roadmap Of The Squishy World NFT :

Users that have minted or are planning to mint these squishy squad NFTs will be rewarded with an adorable squishy. The endeavor is filled to the brim, with integrated team effort, and each milestone will be unlocked as it is reached. As the creators state, this exciting project is to be a full-time project, and the Road Map for Squishy Squad NFT will be released when it has sold out.

Squishy Squad NFTs; How To Buy?

So there are three ways to buy the cuties:

Word of Caution ㅡ
It’s important to note that after a project launches, scam OpenSea pages claiming to be related to the project are very common. This is why it’s critical to keep an eye on the project’s official links channel in Discord for a connection to the real OpenSea page

The Squishy Squad NFT sold out in just EIGHT minutes! It’s been doing great and huge in the secondary market. When it comes down to the project and the post-launch statistics, it looks very healthy. One may read their charts and interpret that there is enough demand to keep the Squishy Squad NFT mint price healthy. Well, there may be a price ceiling at some point but so far, the market doesn’t frown on the Squishy Squads.

For the most part, it can be said that the momentum of the team and BentoBoi pushing the project forward is definitely amplifying the Squishy Squad NFT. The project looks promising with a long-term legacy aspect to add and contribute to the space.

Why Be A Part Of The Squishy Squad?

Here are some of the favorite aspects of the Squishy Squad NFT.

The art is not just cute and adorable but very simple as well.

One might not find this a fine piece of artwork but when they see this creation, it is charming in its sweetness. [Solely what we feel, you might vibe onto another level – peace out]

Ooops, said too soon?
But come on, it had to be mentioned!

Brandon Chin, more famously known as the BentoBoi amongst his 20,000 + subscribers on his YouTube and over 29K followers on Twitter is a cryptocurrency and NFT influencer alongside being the founder of the cutest Squishy Squad NFT. He is also a member of the JRNY Crypto NFT team; which I believe is a major cause for Squishy Squad’s existence.

I mean why not, if given a choice between a random person with an NFT project and an influencer, the latter gets a clear win!

The fact that Brandon Chin AKA BentoBoi is someone with a little more expertise in the NFT field, and is involved with Squishy Squad pulls some extra attention and loyalty points.

So, here is an end to our analysis of the Squishy Squad NFT!
Visit the Squishy Squad’s Twitter account, which will provide you with more information on the token on a regular basis Twitter Page:  https://twitter.com/squishysquadnft.

Author
Appcraver
Appcraver is a leading media platform for fact-checked and source-checked information on Technology, Apps 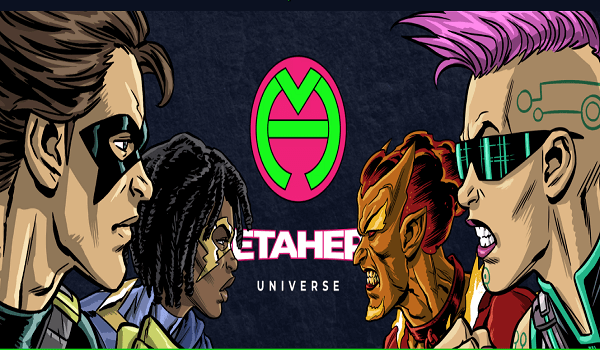 How To Buy Doggies NFT By Snoop Dogg From Opensea » Important Guide !

Snoop Dogg has come up with a new collection of 10000 Doggies NFT avatars, revolutionising the gaming industry.…
byMelwin Philip