Looking for information about Stranded Unicorns NFT ? Imagine a gaming Metaverse where you create your avatar with free traits and can monetize it by selling it with real money, Stranded Unicorn NFTs are making it possible.

Look at their tweet: “ Free to mint – free to play – customize your NFT avatar or character the way you want in our community you can be whoever you want to be and everyone is welcome… not just those who can afford to pay $100k”.

Isn’t it interesting? They aren’t claiming anything pompous. Right now, they are focused more on building a cordial powerful, and largest community in this space. Thus, daily interaction with the community matters to them the most for their unification and involvement in the project. This gaming zone gives entire freedom to the gamers to create and customize their avatars, add traits to the avatars at no cost, and earn real money with all the fun.

Stranded Unicorns NFT Are Fighting For Their Existence

The theme of the first level of the game unveils a peaceful unicorn species whose planet is on the verge of extinct. They have built gigantic starships to migrate to other planets suitable for life. Each starship will hold hundreds of unicorns to shift them to different planets.

One of the ships reaches another planet after 232 years of travel in space. But the shipmates find this planet non-supportive for habituating. The stranded shipmates have deviated in various groups while forming the strategy for the rescue operation. Anarchy is spread with the limited supply of food and water and in this life-or-death situation. Cpgroup is the most powerful among them who is trying to take the control of the ship.

As per their latest update on Discord, the launch date of Stranded Unicorns is scheduled very soon in November and as of November 19, it is awaited. The project is built on Solana and Rad Collab team behind this project will pay the gas fees for the mint. But to keep the NFTs, you will need an NFT wallet such as Phantom.
So far, they have been holding free giveaways to engage the community members. Stranded Unicorns Mint price and other details will soon be revealed.

How Many Stranded Unicorns NFTs Will Be Circulated?

According to their recent announcement on the Discord handle, 8000 unicorns NFTs will be distributed free of cost.
They can be minted at one per transaction and can be resold at all leading NFT marketplaces. But Rad Collab is in the process to create an in-house marketplace to sell and buy the NFTS exclusively for the community.

Every owner will get two free traits along with the mint which can be sold or fused with the avatar to create new a new NFT. This gives so much power and liberty to the community members to have fun in this upcoming game verse. The trait will come with different power levels.

Nolan and Tyler are the developer brothers, behind this project. They own a design and app development agency Rad Collab under which this project is shaping up. In their daily live streaming and interactions with the community, they are asking only for support to build a liberal gaming verse with the ultimate gaming experience.

How To Buy The Stranded Unicorn NFTs?

Getting a marketplace is on the priority list of the Rad Collab team and as soon the mint will happen, they will make it available.

Titbits From The Stranded Unicorns

Stranded Unicorns will reward the community through the leaderboard prizes. These rewards will be given in SOLs, traits, merchandize and blank unicorns as an appreciation to improve the look of their avatars. They hold weekly random competitions, focused on specific attributes to engage the community.

Traits And Attributes Scoring On The Leaderboard

The unicorns can be adorned with 15 various traits such as fur’s colour or pattern, physical attributes including, chin, nose, mouth, eyebrows, hair, ears, and hands. Accessories for head, eyes, clothes for inside and outside the body. Horn is a common trait while Glasses is a rare trait.

Initially, 6 attributes are being introduced which can increase up to 100 after combining them with traits. These attributes include Strength, Endurance, Intelligence, Defense, and Dexterity, and luck.

A Peep At Stranded Unicorns Roadmap

With the vision to build the largest and most happening fun zone of game/collectables, by the end of 2021, they will launch the 8000 stranded unicorns. They are working towards the progress of their open-source platform and in-house marketplace. Layer-2 games development is in full swing. Soon they will invite other developers to build games on their open-source platform to unlock more gaming fun for their community.
In 2022, they will launch layer – 2 games, form a DAO, and would reward the community extravagantly for its active contribution. More plans will be updated in the course of time.

What’s So Special About These Stranded Unicorns NFTs?

Rad team wants to build a democratic gaming zone with the largest community. They are pitching about the long-term benefits of this project. If you want a long-term investment in NFTs with evolving fun and earning opportunities over time, then Stranded Unicorns might be the right project for you.

Lazy Lions NFT Collectibles Price & How To Buy # Know Everything !!

Are you Looking for Lazy Lions NFT Collectibles? Find out the statistics, where to buy etc. of the…
byVarun Mohil 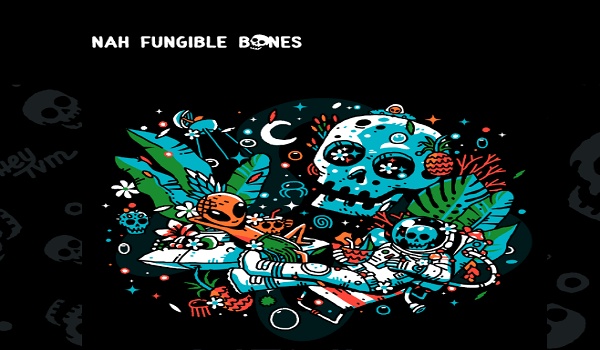 NAH Fungible Bones NFT Collectibles # Everything You Must Know !!

Looking for NAH Fungible Bones NFT? Read on to know more about how you can get your hands…
bySanjula Ahluwalia

Degen Toonz NFT is a collection of 8,888 NFTs deployed on the Ethereum Blockchain. The Degen Toonz collection…
byTaman Bachani 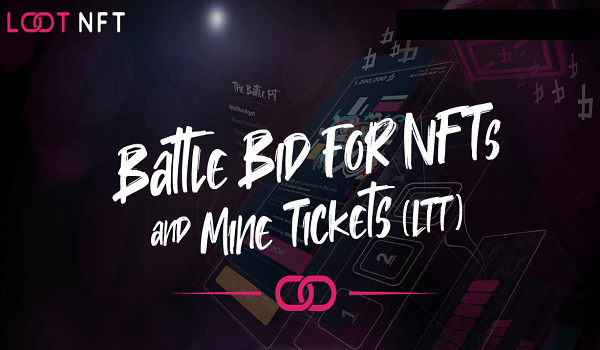 Looking to buy Loot For Adventurers NFT Drop? Is that available at Opensea? Find all details about the…
byPrathapan Bhaskaran