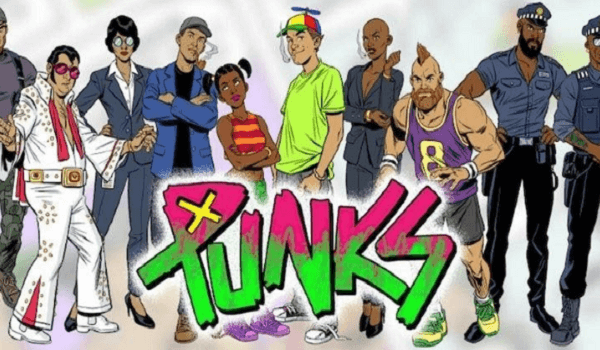 Punk Comics NFT is one of the most well-known and money-making, profitable NFT projects of all time. This legendary collection of pixilated avatars, at its core, is a comic about a group of Crypto Punks.

There is no denying that digital art dominates most of the NFT marketplaces. Digital assets like figurines, trading cards, and comic NFT have definitely seen a resurgence during the 2021 boom of the NFT industry. However, there are a few gems in the comic book world that have been around since the beginning of the crypto-verse. One such comic is “Punks Comic NFT.” Curious to know more? Let’s explore the world of Punks Comic NFT.

What Is Punks Comic NFT And Its Backstory

Launched in May 2021, the Punks comic NFT was created by Beanie and Pixel Vault. The Punk Comics NFT mint price was 0.2ETH or around $720. When a purchase is made, collectors receive an NFT that showcases the comic’s cover as well as a fully downloadable version of the actual graphic. These graphics are the creation of storyteller Josh Blaylock, Marvel and DC comics artist Christ Wahl, and Odius.

The Crypto Punk #8146, which has taken the crypto-verse by storm, is a representation of the comic’s protagonist Beanie, who is obsessed with finding the “Lost Robbies” created by Robbie Barrat.

After the launch of the Punk Comics NFT, the token termed as $PUNKS was rolled out gradually on 8th May 2021 with an announcement on the official Punks Comic Twitter handle. Collectors of the Punks Comic NFTs can, in exchange for a future income, hold, burn, as well as stake their comic.

The team at Punks Comic NFT had announced that for holders, the Punks comic would not be limited to a single NFT. Furthermore, it was announced that holders of “The Hunt for Lost Robbies” with a sub 5000 numbered comic (#1 to 4,999) would also receive a free “Bored Apes” – themed edition.

The Punks Comic NFT burn concept opened its doors to the public on 1st August 2021, along with a 14-day burn period till midnight of 13th August 2021. An owner of a comic can earn a founder’s DOA token at the time of burning a Punks Comic. This announcement was made public on the official Pixel Vault Twitter account.

In simple words, owning a Founder’s DOA token means having ownership over fractionalization, individual sales items, buyouts as well as access to private discord. As of 16th September 2021, the Founder’s DOA has accumulated over 600 ETH worth of assets.

In simple terms, to stake is to lock up a crypto asset in exchange for an income stream in the future. So, on staking a Punks Comic NFT, owners will receive $PUNKS tokens over a 24-month duration. This ownership will, in exchange, represent a fraction of ownership in a vault holding 16 CryptoPunks.

The next groundbreaking announcement was on 7th August 2021 – the rollout of MetaHeroes.

On 15th June 2021, the issue #1 of “The Hunt for Lost Robbies” sold out 10,000 main editions with around 2400 buyers. The announcement was made on the official Twitter account with a link to the Punks comic NFT OpenSea Store.

However, the 2nd issue of Punks Comic NFT “X Marks the Drop” was released on 10th December 2021. The announcement was made on their official Twitter handle with a timeline to watch out for!

It is difficult to predict the future of the Punk Comics NFT. However, it can be said with certainty that this is a project that is here to stay and will only grow in value as time goes on. With an ever-expanding storyline, beautiful graphics, and interesting collectibles, Punks Comic  NFT is a must-have for any serious NFT collector.

So is it worth adding Punks Comic NFTs to your crypto portfolio? The answer is an unequivocal yes! With so much potential for growth and profit, Punks Comic NFT is a token that is definitely worth watching.

Sharan Kaur Phillora is the epitome of curiosity. Her thirst for knowledge has led her to study many different subjects, including NFTs and Blockchain - two emerging technologies that will change how we interact with each other in the future. When she isn't exploring a new idea or concept, she enjoys reading literary masterpieces.