So, should you own a Samurai Saga NFT and join the fight?

As the story goes, the Samurais have been secretly watching over the world for the last 145 years, knowing that one day they would be needed again to fight evil. The time has come – but standing in the 21st century, the Samurais will need more than just their swords. That is why Ronin with his team of developers have transformed them into cyber samurais – the super-advanced samurais.

According to the official Samurai Saga NFT website, each Cyber Samurai is designed with 350+ traits.

To be eligible for the Public mint, the participants were asked to pre-register their wallets.

The developers have clearly stated that the GENKI Tokens can only be acquired by staking you Samurai Saga NFTs.

Apart from that, the GENKI Tokens can also be used to acquire the new collection of Samurai Saga NFTs. The team is soon going to release the “BADDIE” Collection within February or March 2022. 1 BADDIE will cost 9000 GENKI Tokens, so if the owners stake early, they can get a BADDIE Samurai for free.

Also, read Croakz By Mcgill NFT » Price & Everything You Need To Know!

The roadmap of Samurai Saga NFT is as good as their artistic skills. They are fully focused on creating the best Open World NFT game ever where you get to fight with scary monsters.

After the minting is done, the profits will be re-invested to ensure the future of the project as well as to reward the loyal owners.

The team has already stated that they have kept 69 Samurai Saga NFTs (out of 9999) for promotional purposes. They will be airdropped to the owners as rewards or giveaways.

By April 2022, there will be 3D versions of all the Samurais, allowing the owners to join the game in the Metaverse. At the same time, they will also add an army of 9999 enemies to make the game more exciting and challenging.

Apart from the Samurai Saga game development, the team is likely to come up with a few surprises between May-September 2022. Although they haven’t shared any details about those surprises yet. However, on 3rd February 2022, the team has hinted that a Samurai Saga comic book could be on the way through their official Twitter handle.

The project is growing steadily, and in the last 7 days (as of 5th February 2022), it has accumulated a trading volume of USD 435.2 K where the average price of a Samurai Saga NFTS was USD 826.

How To Buy Samurai Saga NFT?

Rarity is going to be a big factor here, so make sure to check Samurai Saga NFT rarity from the Rarity.tools before making any bids.

Should You Give Them The Fighting Chance?

Samurai Saga NFT project does not have just an amazing open-world game upon its sleeve but has a calculated roadmap to keep the community engaged. Besides, the project is offering you a passive income by staking your Samurai Saga NFTs.

To make the Samurai Saga NFT price prediction, we can say that the project is likely to get a lot more attention after the game releases, so it could be advantageous to be a part of this community.

Author
Subhankar Mukherjee
Subhankar is a Fintech writer, who likes to explain Blockchain Technology to a wide range of audiences. Holding a Masters degree in Mass Communication, he has a deep inclination towards Digital Currency and how it's reshaping the world of Finance. Apart from talking about Art, Subhankar likes to learn and share his knowledge on Digital Asset Management and the Transformation of Blockchain Technology through insightful articles.

If you are looking for a unique NFT gaming platform, here is Nifty Island NFT with its innovative…
byJayashree Ingle 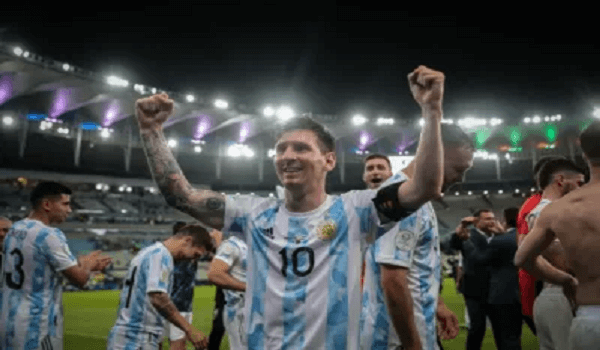 Looking for information about Stranded Unicorns NFT ? Imagine a gaming Metaverse where you create your avatar with…
byJayashree Ingle