An ecosystem of interconnected, blockchain-based gaming products, Enjin Network creation was done in 2009 as a gaming platform by Maxim Blagov and Witek Radomski in 2009.

The network moved to a blockchain platform later in 2017, after an initial coin offering. Secured by Ethereum network and validated transactions on Enjin, the network enables game developers tokenize in-game items on Ethereum blockchain. 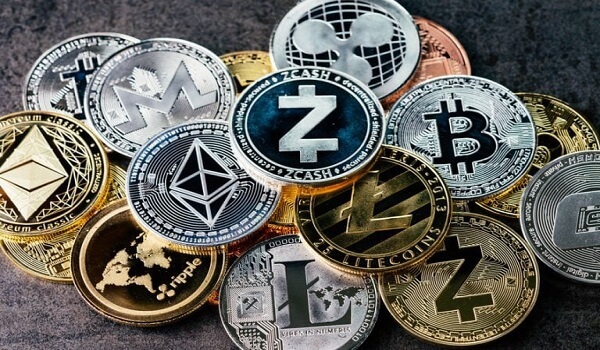 (Source: investingcube)
Powered by Enjin Coin, an ERC-20 token utilised for backing worth of blockchain assets, the items issued on its ecosystem can be purchased, sold as well as traded. The coin utilises a number of smart contracts in which developers can transfer ENJ for minting fresh or non-fungible ERC tokens, which can later be traded on the Enjin NFT Marketplace.
Investors can target buying ENJ as a sound investment option, especially due to the bullish trend witnessed in crypto market currently. Though beginning from $0.136, it has seen an all-time high of $3.454. Enjin has also been doing some strategic moves as it recently announced becoming the first NFT platform gaining acceptance into UN Global Compact, joining in as a participant.

This will enable Enjin harness non-fungible tokens for promoting UN’s sustainability as well as equality aims. Crypto platforms are considered to be emission guzzlers but Enjin aims to be a frontrunner in sustainability as it is a part of Crypto Climate Accord, a group aiming to ensure cryptocurrency powered fully by renewables by 2025.

Amongst its other initiatives, Enjin signed a deal with a platform providing DeFi assets, Drops, which will enable Drop users borrow range of Ethereum-based assets without sale of any NFTs. Innovative blockchain-based NFT and Metaverse platform, Dvision Network, will also be deploying Enjin APIs for connecting to five different blockchains. This also makes the platform only the third one after Ethereum and Binance Smart Chain to support Dvision Network.

Enjin also launched JUMPNet for combating existing environmental concerns related to NFT minting. The firm had confirmed that 50 projects had joined the platform. Enjin is creating an interoperable as well as scalable NFTs by launching Efinity, that was developed to encompass needs of digital space by enabling users, developers and enterprises cooperate with NFTs by lowering the entry barrier.

Influencers like Jake Paul, a Gen Z influencer, mentioned Enjin in one of the recent tweets applauding the company’s crypto gaming influence.

Blockchain game The Six Dragons designed by Enjin is likely to be a part of Playstation V. The game enables players craft NFTs harnessing blockchain recipes made by other players, paid crypto for their services.
Currently, Enjin Network has more than 20 million users across 250,000 gaming communities, who are gaming nerds, looking to keep swords and space battle gear.

Blockchain-based items can be integrated in various other platforms, enabling cross-platform collaborations between gaming brands such as Microsoft and game developers. The company since its launch has backed over 1.14 billion blockchain assets and almost 127,000 users currently have ENJ. Its platform has more than 95,000 registered users currently as compared to 36,000 in January. It is estimated that more than 830,000 items have been traded on its marketplace since the last three years and the wallet has been downloaded over 2 million times.

Mfers NFTs are a collection of 10,000 NFTs that exist on the Ethereum chain as a love letter…
byTaman Bachani

Croakz By Mcgill NFT » Price & Everything You Need To Know !