After years of speculations brewing about the future of the crypto industry in India, Finance minister Nirmala Sitharaman confirmed on Monday 16 August that the much-awaited Cryptocurrency Bill is expected to be cleared soon by the Cabinet.

The prolonged Bill was supposed to be introduced in the current monsoon session but couldn’t make its way out due to the early end of the session.

Speculations indicate that the legislature might ban cryptocurrencies as the government has proposed plans to develop its own central bank digital currency (CBDC).

Current Scenario Of Crypto Industry In India # Why in Need for Crypto Bill? 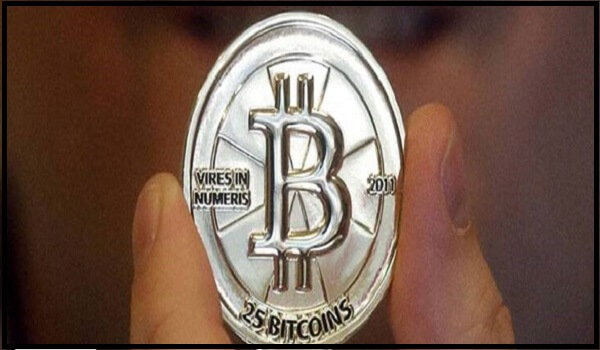 (Source: Indian express)
Amidst the crypto crisis, while most of the industries across the globe were in the doldrums, the Crypto industry in India has flourished sharply, following the worldwide boom in this industry. Over the last few years, the Indian government has kept the crypto policies on hold, which now seems to be softer than ever. The Indian media has consistently been reaping negative news about the proposed crypto ban in India, but the actual situation is indicating an altogether different narrative.

Reports by Bloomberg in June 2021, unveiled that the crypto investments in India have been multiplied from $923 million to 6.6 billion between April 2020 to April 2021, launching more than 350 new crypto & blockchain startups and new crypto exchanges. Also, the number of crypto investors has been growing rapidly & has reached remarkably 1.5 crores.

RBI Versus Crypto Industry In India

In April 2018, the Reserve Bank of India had released an order to the Indian banks to suspend their transactions with the crypto enterprises. This decree had been challenged by several lawsuits in the Supreme Court collectively by the Indian crypto community. Ultimately in March 2020, The Supreme Court of India had quashed the RBI’s forced ban and passed the judgment in favour of the crypto industry asking the banks to provide their services to the crypto industry.

Post-verdict, RBI still was reluctant to issue clear guidelines to the banks in this regard and thus several banks were declining crypto services. A PIL had been sought in April 2020, by B V Harish (Co-founder of Indian crypto exchange Unocoin) asking the RBI to clarify its stand on cryptocurrencies.

In response, RBI issued a clarifying statement “As on date no such prohibition exists.”

The government was supposed to present the crypto Bill in January 2020. In March, rounds of discussions had been going on about the regulatory structure. But the unforeseen circumstances during the corona crisis prolonged the procedure. And now with the ongoing boom in the industry, the bill has been freshly formulated possibly with some positive amendments. Over the last couple of years, the Indian crypto community has been getting stronger than ever & consistently been running social media campaigns, meeting the Finance minister seeking to change their hard stance on the crypto industry, and asking for a positive regulatory structure.

Wide Adoption Of Crypto Across The Globe

In the last few years, several developed countries such a Switzerland, the US, Canada, countries under European Union, Japan, France, few Asian countries including Singapore have opened their arms wholeheartedly for cryptos in some form or other, fully or partially framing a crypto-friendly regulatory structure. Some of the nations have classified the cryptocurrencies under various categories such as Australia has classified crypto as under property & it is liable for the property tax. In Canada, cryptocurrencies are treated as a commodity and categorized as business income. Whereas China is the only exception in this regard. In May 2021, China, which was a hub for 70 % of the world’s crypto mining has banned crypto mining and has been promoting its newly developed CBDC -Digital Yuan.

Indo-China relations are in bad shape in recent years, but their fintech policies leave an impact on the Indian techno policies and the rest of the world as well. After China banned crypto mining in May 2021 and started the usage of digital Yuan, our government has focused on techno-policies. RBI in the same month announced to develop our own CBDC. Currently, it is exploring various technical aspects including the scope of CBDCs in context to validation mechanism, distributary structure, etc. But it could be a distant dream as it took almost 7 years to develop the CBDC to the technically advanced China.

In the last few months, the issue of the crypto ban had been raised several times in Rajya Sabha by Members of Parliament, India. Answering this question, Anurag Thakur, the then Minister of State in the Finance Ministry, India repeatedly answered that the Government has set up an Inter-Ministerial Committee (IMC) to decide about the proposed ban.

As per the Bulletin prepared by Lok Sabha Secretariat for the Budget session, “The Bill seeks to prohibit all private cryptocurrencies in India except the few exceptions in order to promote the technology behind cryptocurrencies and their uses.”

The statement is vogue and misleading but the crypto community is hopeful that the Bill will impose positive crypto regulations and not the entire ban.

Meta Penguin Island NFT » Price & Everything You Must Know !!

Meta Penguin Island NFT brings to you, a collection of 8888 unique penguins created in the Ethereum blockchain…
byMallika Sarda

Mfers NFTs are a collection of 10,000 NFTs that exist on the Ethereum chain as a love letter…
byTaman Bachani