Celebrating the first 30 days after the successful May 11 drop of his NFT collectables project VeeFriends, Gary Vaynerchuk aka #GaryVee, serial entrepreneur and VaynerX chairman, wrote. “Cheers to the first 30 days… and the next 45 years!” He said the stats have been staggering and exciting. It has indeed been an exciting journey since the launch of VeeFriends NFTs.

Released on OpenSea and linked to the MetaMask wallet, the VeeFriends upper limit of 10,255 tokens based on 268 characters ensures the rarity of VeeFriends and, thus, protects their value. Sold by a Dutch Auction, the VeeFriends NFTs were offered for 3 ETH at a floor price of 0.5 ETH. A Dutch Auction style meant that each token had a ceiling start price and its value decreased every millisecond the auction remained live. The price went on decreasing until it hit the floor of 0.5 ETH.

Among the tokens are 555 Gift Goats which are digital images of the same drawing. The others are 300 Access tokens, and 9,400 Admission tokens.

According to the OpenSea data, there are 4,600 VeeFriends collectables owners and each piece is currently trading at a floor price of $7,400 doing a transaction volume of about 14,700. 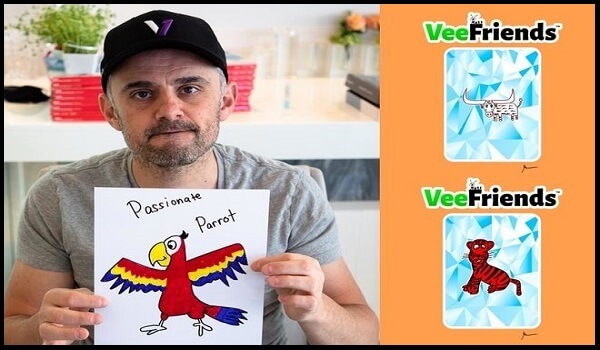 (Source: adage)
VeeFriends ranks seventh in transactions in the previous seven days as of August 23, 2021, on the NFTs watch website nonfungible.com. It registered 115 sales worth $3.26 million in the previous seven days at an average price of $28,300, contributing to its overall sales of 10,839 notchings up a total sales volume of $88.74 million. In comparison, top-ranking tokens Art Block of the Generative Art genre by Tyler Hobbs snared a sales volume of $106.1 million in 13,702 transactions.

The Alert Ape token of the VeeFriends collection has bagged the top price selling for $326,000. The next two costly tokens have been Adaptable Alien at $318,000 and Courtside Cat at $283,000. There are other tokens with quaint names like Aspiring Alpaca, Focused Falcon, Entrepreneur Elf, and Legit Llama that look more like doodles than art born from brushstrokes of this migrant to the United States from Belarus.

A reason behind the phenomenal success of VeeFriends is perhaps Vaynerchuk’s approach of adding utility through metadata to the tokens by coding in smart contracts. Each VeeFriends NFT gives the owner a three-year access pass to attend VeeCon from 2022 to 2024. The conference focuses on marketing, ideas, business, creativity, competition, innovation, and entrepreneurship as well as fun. Curated by Vaynerchuk, VeeCons offer a high level of informational value.

A portion of the funds from the token royalties goes to a clutch of charities that Vaynerchuk and VeeFriends support. Of course, Vaynerchuk does not ignore the raging debate about the environmental footprint of minting the NFTs. He and his group will be atoning to the damage by making contributions to DAO (decentralized organizations) to help develop renewable energy sources like solar and wind, carbon offsets, and development of energy-efficient technologies similar to Proof of Stake (PoS) based ETH 2.0. GaryVee’s pioneering of the social token was a given considering his 11 million social media followers willing to eat out his hands.

The social media influencer he is, Vaynerchuk told Decrypt he is in for the longer term. He wants to turn VeeFriends into a larger-than-life character franchise like real-world brands Hello Kitty, The Smurfs, Scooby-Doo, and Despicable Me, with branded toys, kids’ books, and a whole animated series.

Vaynerchuk emphatically explains why he did not want to link his offering to USD, unlike the NBA Top Shot NFT collectables, saying “I could have used fiat money or credit cards. Still, I didn’t.” That, he said, was because he knew that this was the future, everything digital, crypto, NFT. He wanted to make sure that everybody was ready for the shift.
It’s not clear how many of his followers he was able to convert to the digital way. However, it was bold considering his social media following includes a sizable number of digital and crypto illiterates. Vaynerchuk’s strength has been his 140,000-strong Discord, which is more mundane terms is a discussion forum. The stress of the NFTs is on positive attributes that shine through their names like Adventurous Astronaut, Empathetic Elephant, Independent Inchworm, or Courageous Cockatoo.

An elated GaryVee, an avowed collector of Pop memorabilia, is very conscious of culture and compares his characters with the biggest franchises including Harry Potter, Hello Kitty, and Star Wars. He writes on his personal blog garyvaynerchuk.com that he will be making 268 characters for the next 45 years in different domains including television, video games, streetwear, and consumer packaged goods. A strong sense of destiny. Indeed!

Minecraft-a game of exploration and adventure into infinite worlds, isn’t it? What happens if another virtual world- NFTs…
byMallika Sarda 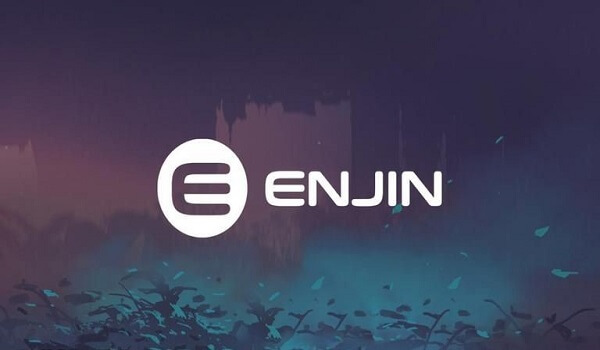