Global fashion publisher Vogue is wading deeper into the NFT space following the successful launch of its first NFT offering. The icebreaker for the world’s lifestyle cult-maker has been a series of ‘Mystery Boxes’ in collaboration with NFT marketplace Binance and RARA NFT.

Vogue Singapore is following up on the August 20 NFT debut with two NFT collectables based on its September issue cover designs. Both NFT series are in the New Beginning theme of the publishing and fashion powerhouse. 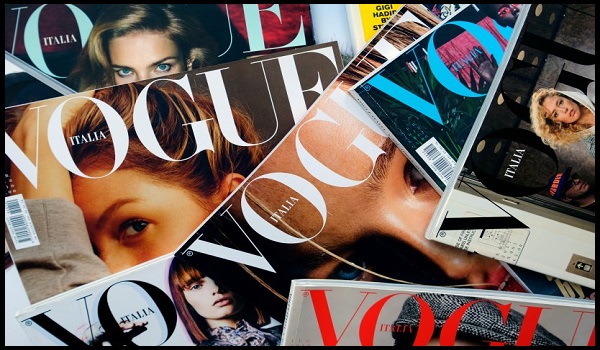 The NFT cover, ‘Triumphant Awakening,’ has been designed by digital artist and 3D designer Chad Knight, who is a designer of top sports brand Nike, in a collaborative venture with a Singapore-based design firm Baëlf Design’s Lionel Wong and Jamela Law.

The digital-only cover is a representation of a golden statuette placed in front of a revolving blue planet with a radiant sun in the background that travels in an elliptical arc rising and setting continuously. The elaborately detailed goddess wears a royal headdress created by Baëlf Design with an AI algorithm forming an organic fractal pattern.

Titled ‘The RenaiXance Rising,’ the second digital cover was created by The Fabricant, a digital fashion house, in collaboration with Shavonne Wong, a fashion photographer, and 3D virtual model artist. Conceived under the fashion direction of Desmond Lim, Vogue SG fashion director, it projects an androgynous avatar in a windblown gown. The art takes inspiration from the cultures of Singapore and Malaysia.

A true technological and aesthetic masterpiece, ‘The RenaiXance Rising’ has been created as a programable NFT whose ambient lighting and posture changes based on the time of day. Marketing-Interactive.com writes sunlight can be seen coming from the third chakra of the avatar while flares splice and rotate about the dress, in a symbolic allusion that a new beginning for fashion is in the metaverse.

Balmain’s creative director Olivier Rousteing has partnered with Altava, the gaming company, to create a digital-only look for Vogue Singapore to mark Rousteing’s 10th anniversary as Vogue creative director. Titled ‘Flame Dress,’ and auctioned as a one-of-one NFT, the work presents a diva wearing an off-shoulder green gown in an apocalyptic backdrop engulfed in flames.

Moreover, the ‘Flame Dress’ NFT’s winning bidder will also get a digital Balmain Certificate of Authenticity along with Rousteing’s sketches for the front and back of the dress. Interestingly, the winner can also port the NFT dress into Altava, the fashion gaming app.

Collectors who obtain NFT cards of all 10 cities will be gain access to the decentralized marketplace, RARA, powered by Binance Smart Chain. RARA combines the best aspects of NFT and DeFI by integrating a marketplace that’s ‘gamefied’ with DEX for creating a unique trading place.

On RARA they can find a secret link to the final limited-edition Singapore sunrise NFT helping them complete the Vogue Singapore Mystery Box set. The NFTs are of the rarity levels of N, R, SR, & SSR (Normal, Rare, Super Rare, and Super Super Rare).

Vogue SG is not stopping at the Mystery Boxes and two covers on the New Beginning theme. It has joined hands with Korean make-up expert DainYoon to produce six beauty NFTs.

Yoon’s works are surreal interpretations of the new dawn from cherry blossoms created by paint strokes on her body and peacock patterns on her face.  It has also tied up with Singaporean-Italian studio Lanzavecchia + Wai for design NFT ‘Living Vase 01’ and ‘Flower: Collectible’ depicting an eternal flowering vase that blooms and wilts with each sunrise.
There are other Vogue NFT projects on including an open-air gallery microsite to showcase the digital-only September covers. The clickable animated covers allow the users to do one of these three: read more about the artists, who created them; purchase the magazine in the print issue, or purchase the NFT covers.

The digital gallery has six 3D objects lying around the screen space, which are clickable points to activations and stories completing the “New Beginnings” experience. According to Norman Tan, the Vogue SG editor-in-chief, the publishing house aims to elevate storytelling while continuing the dialogue between the print and the digital.