Super Yeti NFT : Price & Everything You Must Know About Yeti verse !!

Super Yeti NFT is a collection of 10000 NFTs, launched in the NFT Space on July 8, 2021. Months after the release of BAYC, the Super Yeti NFT project sparked interest amongst the NFT enthusiasts which were evident by the fact that within 4 days, the entire collection was sold out. Being the world’s first 10000, 3D NFT collection, Super Yeti NFT was created on the Ethereum blockchain with a standard ERC-721 contract supported by IPFS file storage.

As we enter into the era of NFTs, we shall also witness myths turning into reality. Let us unfold the Yetis, their origin story, and what they are up to on the web3. SuperYetis and Sno Demons are all set to leave their footprints in the Metaverse now!

(The above information stands valid as of February 11, 2022)

As the first 3D interactive characters, SuperYetis NFTs are randomized via a secret algorithm giving you a super cute Yeti. Giving an insight into their plan, they are on their way to building a Yetiverse. This will be a P2E game wherein you, with the help of your NFT can own land and compete with other Yetis. For the same, the project has partnered with Sandbox to acquire a giant 6×6 land.

What is attractive about this NFT project is also the social cause that they are working towards. A part of their revenue is allocated for fighting human trafficking in Nepal and India. You can stay updated with their social cause and other announcements through the Super Yeti Discord channel. As our society inclines toward working for social causes, any NFT project geared with a social motive tends to gain value and attention.

Not long after the release, Super Yeti NFT became a hit in the NFT space, and the entire community was amazed by their individual Yetis, and also because of its rarity. As per rarity. tools, Super Yeti rarity score (as of February 8) is 1348.31 for the first ranked NFT on the basis of rarity.

Most of us have heard stories about Yetis and the Himalayas. While here we are still wandering around trying to trace Yeti’s existence, the NFT space is one footstep ahead of us with their virtually existing Yetis.

Mystical creatures have now been long gone, and here we are oblivious of their origin and existence. Whilst many humans have stepped their foot on the Himalayas, only a few have successfully accomplished their journey to and fro. Yet, no one knows what’s hidden behind those high mountain ranges, no one has uncovered the mystery of the other side.

Yetis might as well be living in the parallel universe, alongside us humans. So as the story spirals out, in that universe, the Big Bang destroyed the Yeti planet which was composed of an inexplicable element called the Himalayan Pink Crystal. According to folklore, the Super Yeti NFT consumes the Pink Crystal to take a vicious avatar. Similar to these demonic forms exists the Sno Demons serving as the Arch Nemeses of the Super Yetis.

Must read: Rug Radio NFT » Price & Everything About $RUG Tokens!

From Games To Super Yeti NFT Airdrops, What’s In Their Roadmap?

With the traction received by the project, all of you might be wondering as to what makes this project so promising.

The Super Yeti NFT team has already embarked upon their roadmap with their confirmed partnership with Sandbox for the launch of their blockchain game. This also includes the official release of game development progress along with screenshots. Further, a total of 50 ETH will be donated to nonprofits working towards combating human trafficking in Nepal and India.

In order to expand this Super Yeti project, they intend to expand their team. With this, a lot of their work will be much more efficient since they plan to give the community access to downloadable full resolution images of their Super Yeti NFT and a transparent background. For all the holders, you can also get access to downloadable 3D and VR files.

All of these aforementioned goals have been completed or are in progress. The team is all set for other goals to be accomplished in 2022. This includes releasing the much-awaited first edition (Alpha) of Yetiverse Game. Feedback from all of you will be welcomed. Following this, the revised updates and testing of the Yetiverse shall be released.

As we move ahead, all the community members will be given an opportunity to own land in the Yetiverse. And finally, with some potions, you will be able to incubate and breed and form cute little Super Yeti babies.

Since Super Yeti NFT’s launch, the project has retained its success with a rise in its sales. As of February 8, the all-time average price is set at 0.1275 ETH.

Super Yeti NFT price prediction is quite difficult to make owing to the fluctuations in its growth. However, needless to say, the project has been in the limelight right from the beginning, and for quite some time the demand is going to rise.

How to Buy Super Yeti NFT; A Quick Guide For Newbies

All types of NFT collectors is optimistic when it comes to Super Yeti NFT. And there is no best time than today to invest in a project that is ever-growing.

Let us see how to buy Super Yeti NFT:

If you want to hang out with the Yetis and discover more about the Yetiverse, exciting deliverables are on your way. Owning land, breeding, and being a part of the Yetiverse are a few such milestones in this long haul. There is so much to look forward to, especially now when they are close to releasing their multiplayer, P2E game.

Author
Mallika Sarda
Mallika Sarda holds a degree in Bachelor of Management studies with her core pulsating with Finance. Her peripheral vision of the Industry, coupled with her grit towards writing, makes her a financial cognisant individual. She researches Blockchain and Crypto, as a means of diversifying her skill set. She dreams to be an entrepreneur eventually.

Seeing how fantastic the year 2021 was for NFT Collectibles, we enter 2022 with the launch of the…
byAakanksha Chaturvedi 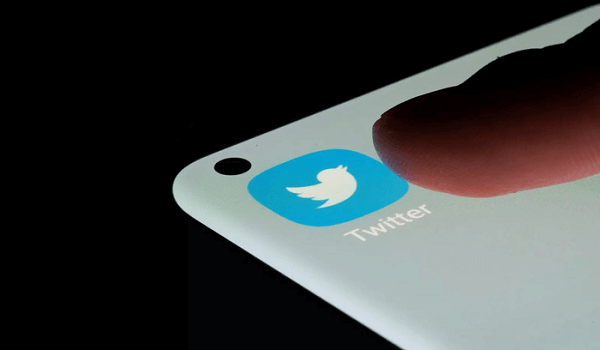 Cryptoids NFT» Price, Rarity & Everything You Must Know !!

The Cryptoids NFT is all-set to create a journey in the metaverse with their cute interactive NFT pets.…
byMelwin Philip