You no longer need to scroll through Google Play and read all of the reviews before downloading. We have compiled a list of key features of the games to make it easier for you to understand.

Perhaps one or more of our experts’ recommendations will become your favorite game. Now let’s jump into the discussion.

10 Best Bus Simulator Games For Android To Definitely Try Out

Your search for the best bus simulator games for Android has come to an end. Because we have compiled a list of the top ten games like this for you to check out.

And, as an added bonus, our gaming experts did their own research and testing of the games in order to provide you with the best of everything without having to look around a lot.

Let’s start with the best bus simulator game for android, ‘Bus Simulator: Ultimate.’ The fact that this game is available on both Android and iOS is a bonus. The game has received positive reviews from players, and the gameplay is brilliant.

The concept of the game is applauded. Bus Simulator: Ultimate awaits players with completely realistic routes and bus driving experience. It has multiple countries that will provide a realistic perspective.

You simply need to pay attention while driving safely and follow the traffic rules in the game as you would in real life. If players are interested, they can also adhere to the game. Otherwise, it’s available for everyone.

If you love the place in Indonesia then you are surely going to like this incredible bus simulator game called ‘Bus Simulator Indonesia’. You already know the entire map from the game’s title. It will be the map of Indonesia.

This bus simulator game is extremely realistic, with 3D Indonesian landscapes and buses. The entire gameplay will give the players an authentic look and experience of being a bus driver in Indonesia.

It may not be the first bus simulator game to be played, but it is unquestionably one of the best for a realistic gaming experience. 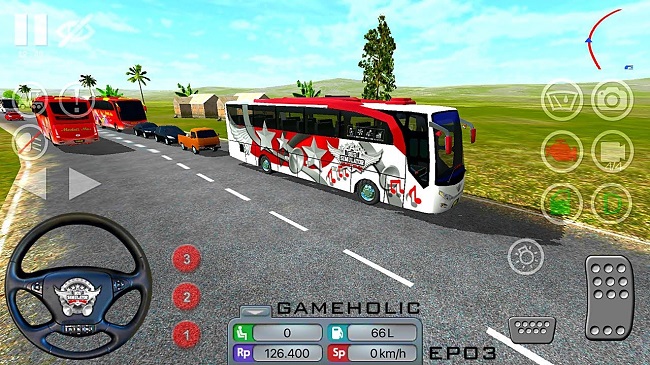 Coach Bus Simulator is one of the best bus simulator games for android. With its visuals and game mode, you can enter the simulation universe. This game will teach players how to drive a real coach in a variety of scenarios.

It will transport people from one city to another while showing them wonderful sights and landscapes worth exploring. If you enjoy exploring, this could be the game for you.

The wonderful interiors will move you to a realistic coach bus driving experience. It has an open-world map and amazing vehicles. 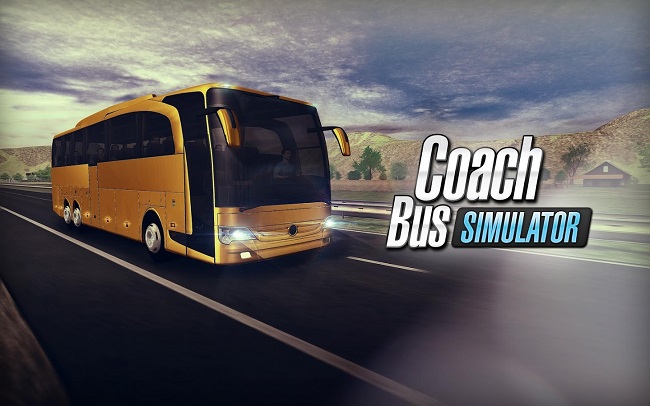 If you’ve played truck simulators before, then you’ll recognize the creators of ‘Heavy Bus Simulator.’ Players can drive in Brazil on spectacular mountain roads, off-roads, and much more.

The players can always attempt to make the trip enjoyable for the travelers. Another upside of this game is that it receives regular updates that improve the game’s experience while adding new features. 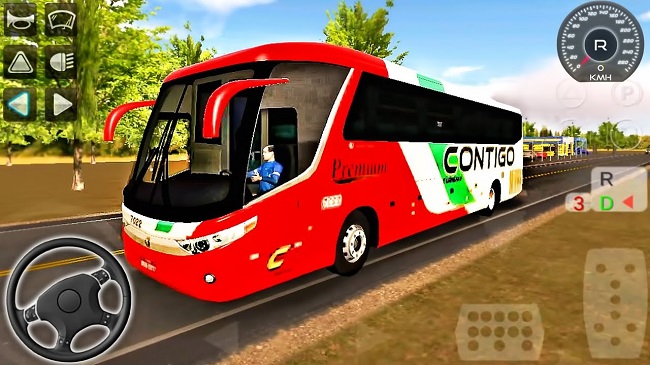 It’s time to drive a beautiful bus through a beautiful city while having a good time. This one of the best bus simulator games for android, ‘World Bus Driving,’ will allow players to drive the most famous buses in Brazil and around the globe on tackling roads that will put their abilities to the test.

It also has an achievement framework and the possibility to top the leaderboard with the players’ driving skills.

The game also contains a variety of buses and vehicles with highly variable gear ratios that simulate the characteristics of real vehicles. 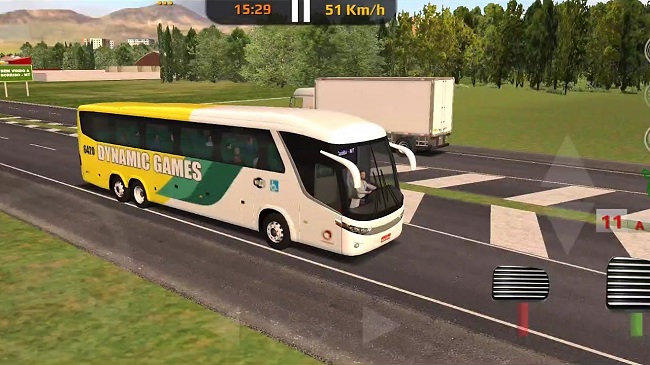 This game, ‘Mobile Bus Simulator,’ allows players to explore a variety of locations and landscapes while transporting them from one terminal to another.

However, in order to succeed and become a great bus drivers, the drivers must adhere to the game’s traffic rules. And in this game, traveling farther will earn you more money, so it appears that it is now time to explore far enough.

The buses can be customized by the players with horns, bumpers, and other accessories. Strobe Light is an additional incredible thing. Drivers can install these to make their buses stand out and become the center of attention. 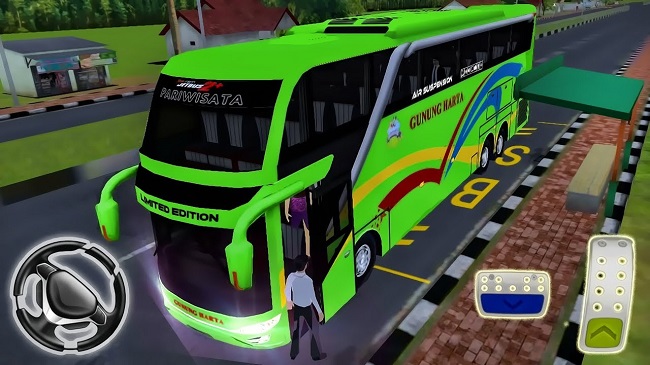 Bus Simulator: Original is one of the best bus simulator games for Android because it allows players to virtually become real bus drivers. The game features realistic maps and astounding vehicles with multiple customization options.

The interior of the bus is really important, right? This game’s interior is realistic and certainly beautiful, giving the impression of driving a real bus. It appears that it is time to board the bus and drive it through various routes. 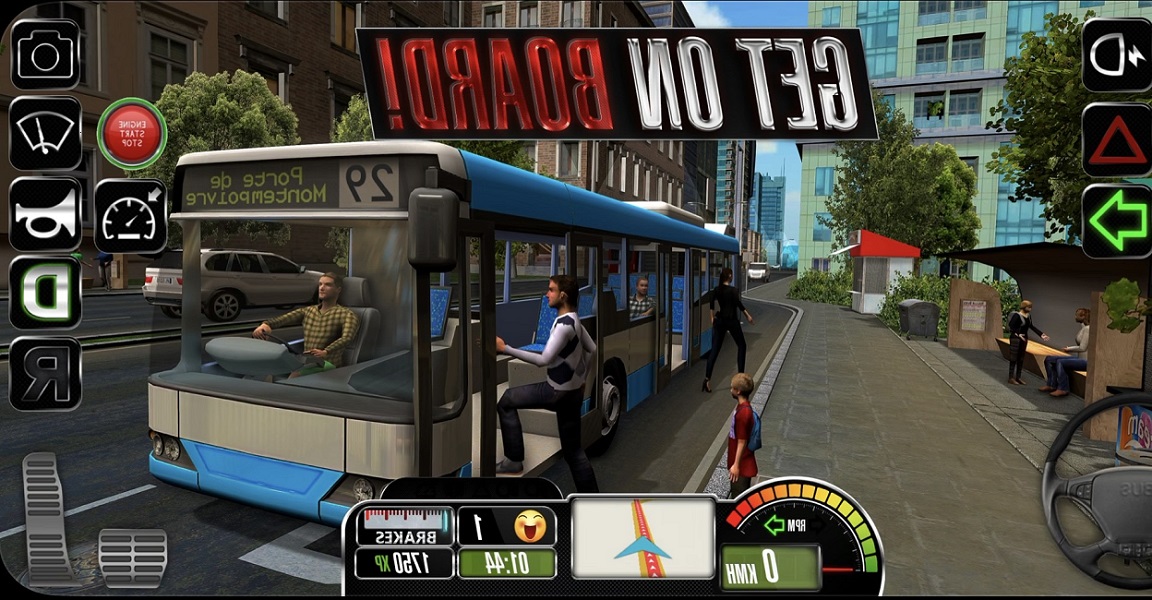 The game’s title, ‘Public Transport Simulator,’ furthermore informs us a little bit about it. The game has additional advantages. It offers both bus and taxi companies.

In the game, you can either drive a bus or a taxi. The game does have a realistic aspect for the players. If the game’s driver carelessly or mistakenly crashes the bus, the passengers will fall and lose experience.

However, driving will resume after a remarkable action replay to examine their mistakes. 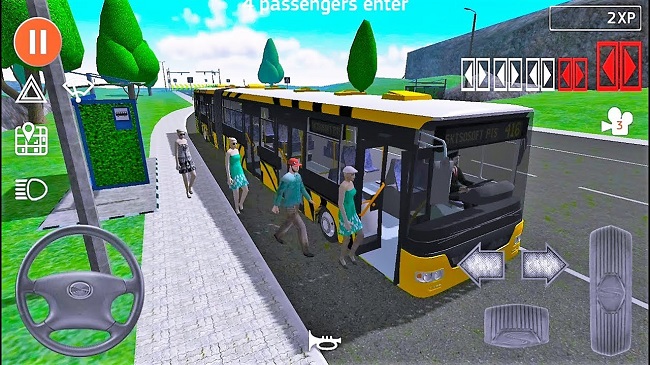 The name of the game already informs us a little bit about it. Because of the 3D effect, this is one of the best bus simulator games for Android. The players can select a bus of their choice and explore the entire city in 3D.

There will also be a large number of tasks to complete. The drivers in this bus simulator ultimate mode can drive the bus from one location to another and pick up and drop off passengers.

In the game, players can collect coins. A city environment with stunning 3D graphics is one of the 3D features. It also has realistic and smooth bus control.

If you collect more coins, the players will be able to enjoy a modern simulator for extra money. 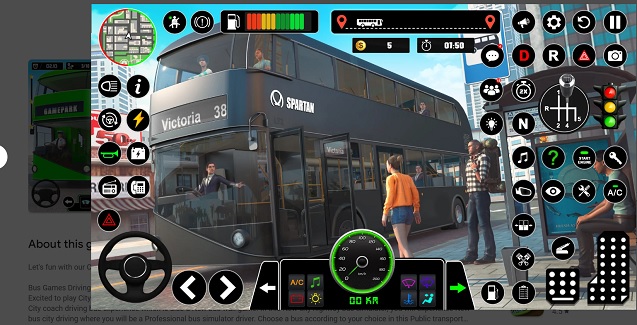 Last, but not least in our list for the best bus simulator games for Android is the public transport simulator 2. Internal modules in Public Transport Simulator were recently updated, which significantly improved the player experience. There are coach buses waiting for wonderful drivers, and now is the time to board and discover.

This gameplay allows drivers to pick up passengers from their terminal and travel them to their desired location. There’s a great twist in that. The drivers can make a significant amount of money and do a lot of things in the game. 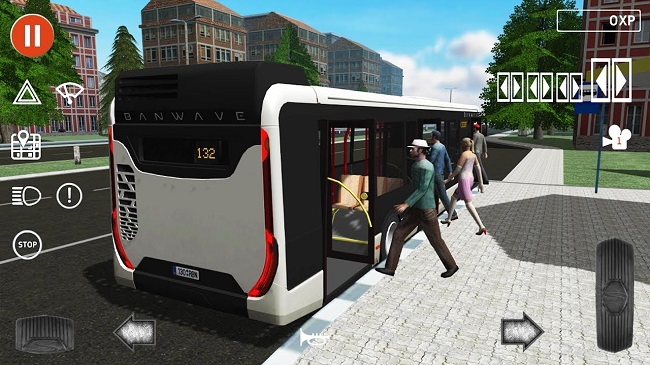 We know the rundown of best bus simulator games for android is concluding. But we had the opportunity to only choose a handful of them.

But you are welcome to drop more suggestions and your opinions on this bus simulator in the comment section below. And don’t forget to stay tuned with us for more engaging content like this.

Author
Ayman Bhorania
Ayman Covers Anime & Gaming Niche. When Ayman Is Not Writing From Her Favorite Couch, She Is Either Watching Shows Or Having Coffee.

As we grew up playing Super Mario Bros. games, they were a significant part of our life, especially…
byAbhishek Singh

Since the launch of Overwatch 2, there’s a lot of hype around it, as we have seen, and…
byAbhishek Singh